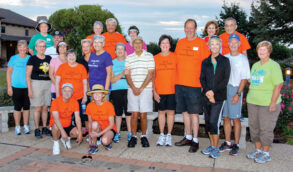 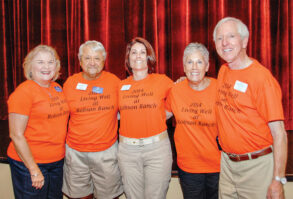 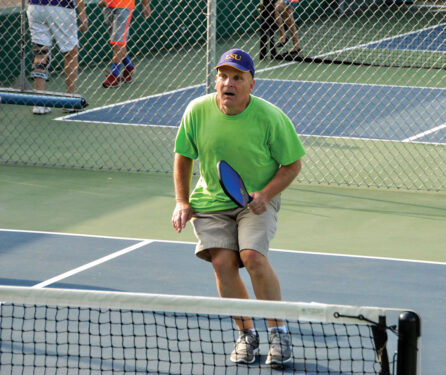 Bob Romagosa is ready and waiting. 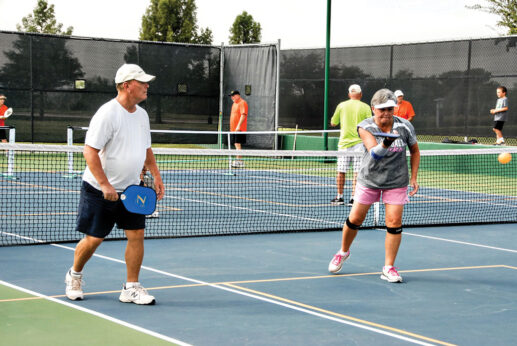 A fight to the end: Mike Conley and Irene Romagosa 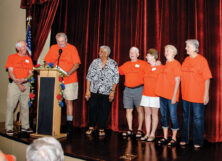 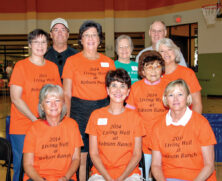 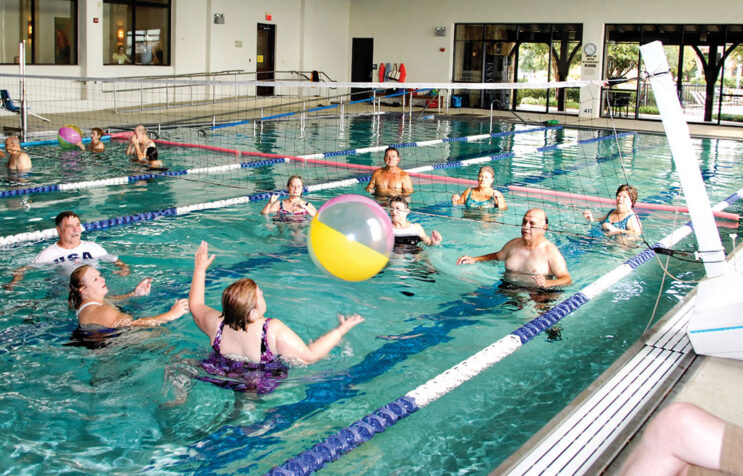 On a beautiful sunny, warm day over 160 Robson residents walked, rode, bowled, swam, hit a little ball, or hit a big ball to victory. Then it was all over, and the participants gathered together in the clubhouse to celebrate the sweet taste of triumph and the agony of “da feet” in the form of a giant feast of healthy food served to them by the Wildhorse Grill.

The winners of the Senior Olympics and their event are listed below:

As the last of the feast had been consumed and participants were walking out the door, I think I heard the talk of organizing and creating new strategies for the Living Well Olympics next year.