Group photo at the banquet 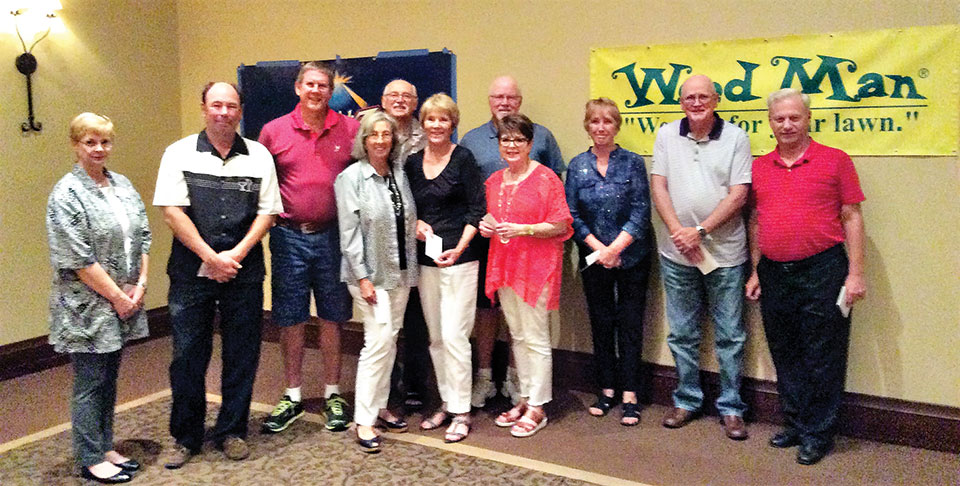 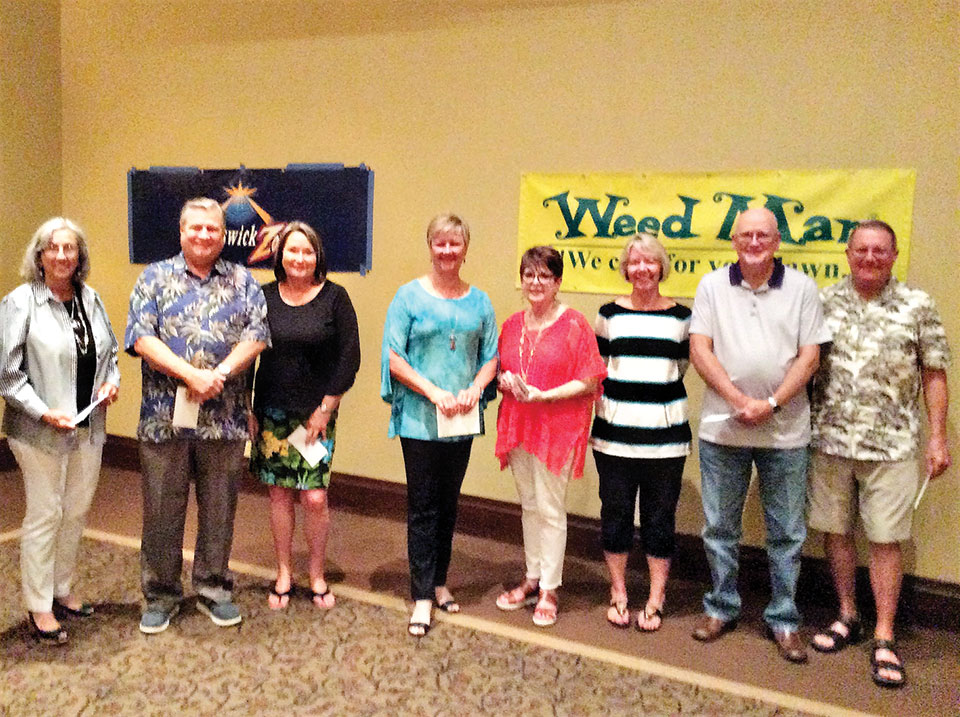 What a season! Six leagues, two morning and four evening, with 400 folks from the Ranch bowling. Everyone at the annual Bowling Banquet agreed it was a fun season. If you are interested in bowling look for information on the message board and the HOA bulletins for signups in early August. Several of our leagues are at capacity, but we have plenty of room on Monday mornings and Wednesday evenings. Each league bowls every other week for a total of 16 weeks. The leagues start in September and end in early May with our awards banquet. Do not worry if you have not bowled in years, most of us had not until we moved to the Ranch. Our objective is to bowl as well as we can but to make sure everyone is having fun!

At the banquet, first and last place teams were awarded with embroidered towels. Women and men individual awards were given for High Average, High Series, High Game, High Handicap Series, High Handicap Game and Most Improved. All teams went home with prize money. Individual winners received a little extra in their pockets as well.

We look forward to next season and hope we have a lot of new folks joining our leagues.