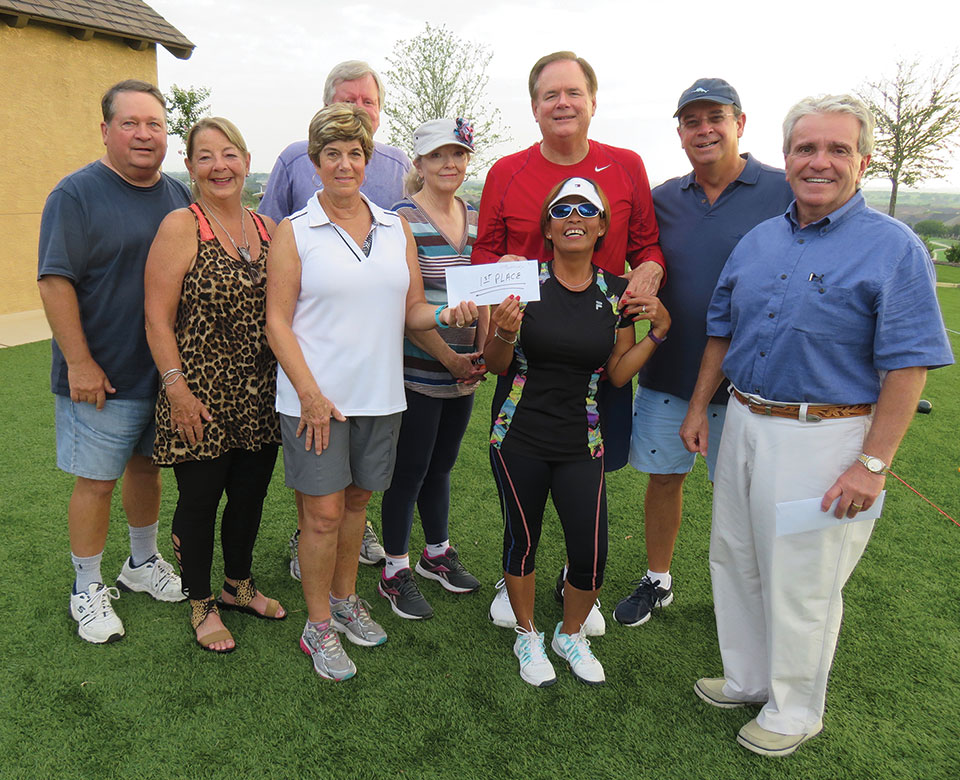 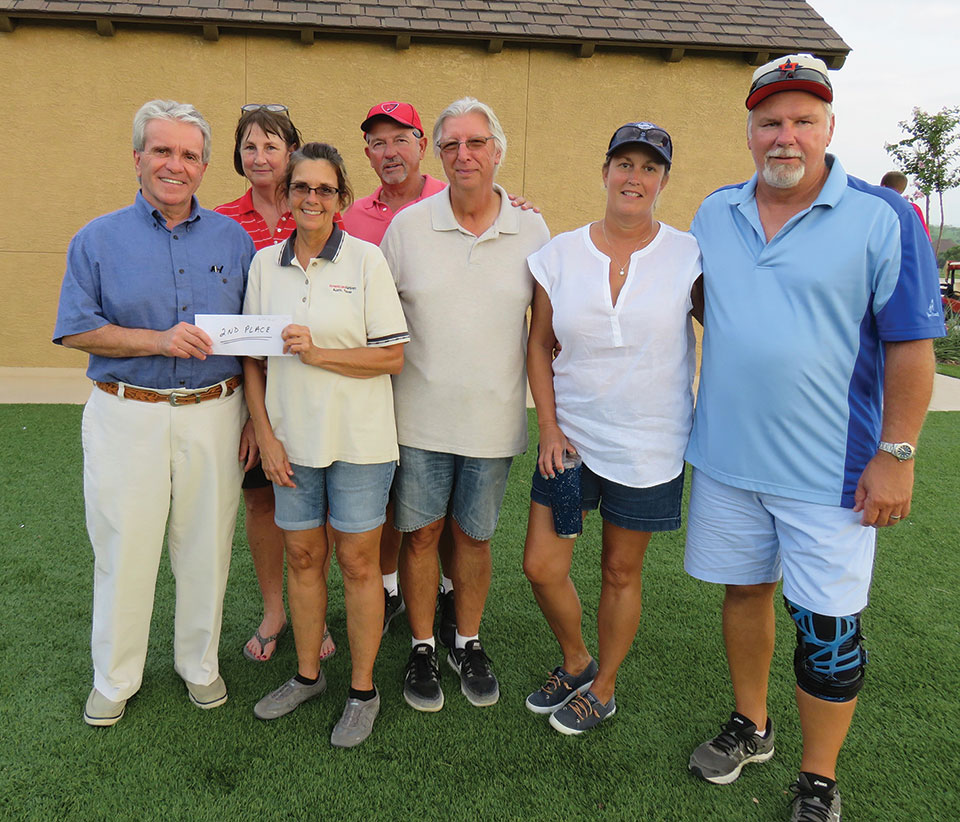 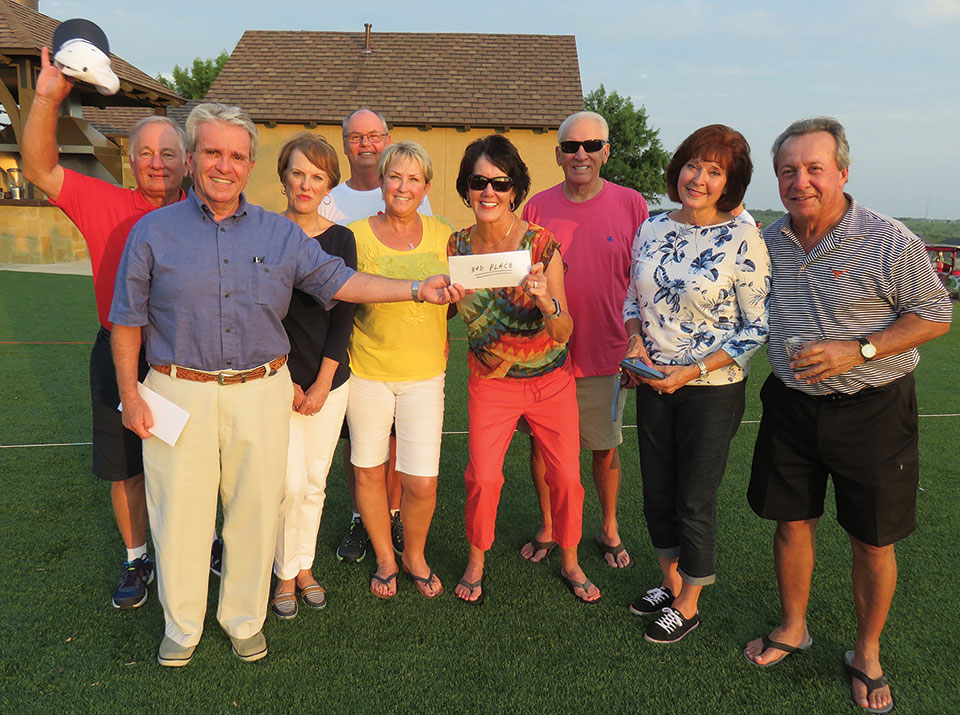 Bocce Ball Championship matches held to finish the summer session lived up to all the hype! After a rain soaked day the courts dried out and the temperature was the coolest we had played in all summer. The final match up placed the undefeated team, Wise Guys, against the runner-ups, Total Deboccery, to determine the League Champion. A battle for third and fourth places was settled between Jolly Ranchers and Goombahs. In a drawn out three game match, the fourth seeded Goombahs repeated their week five win over the Jolly Ranchers to take away the third place prize. On center court Total Deboccery upset the Wise Guys 11-8, 3-11, 11-6 to win the first ever Robson Ranch Bocce League Championship. These two teams had met in week one where the Wise Guys swept the match. All four of the teams competing in the finals received gift cards to the Wildhorse Grill. The league and its members are grateful to the entire Grill staff for all their support and service as well as to the other sponsors that made the inaugural session a total success!