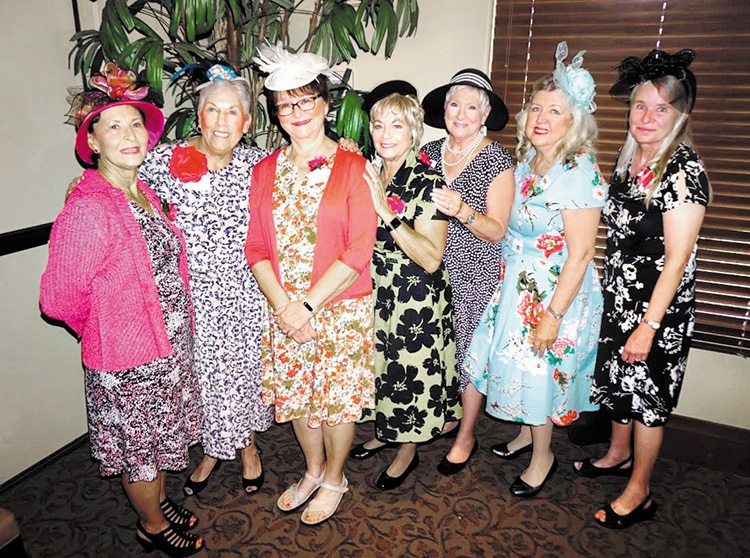 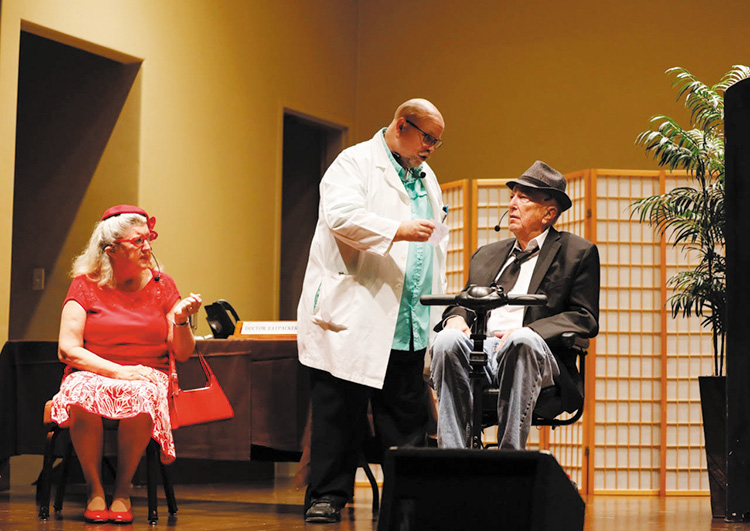 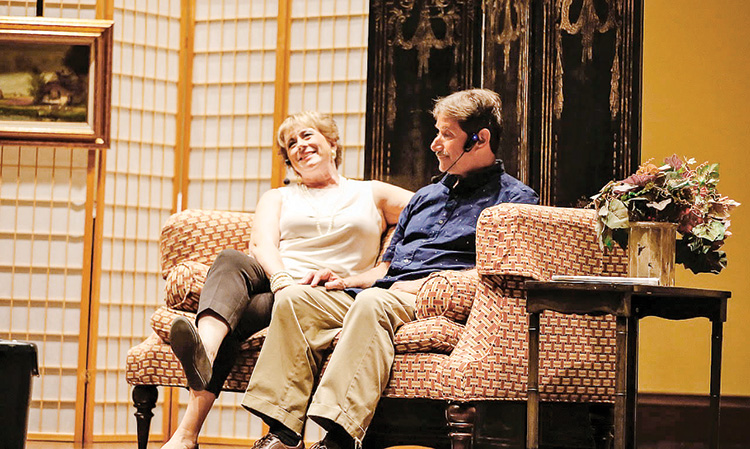 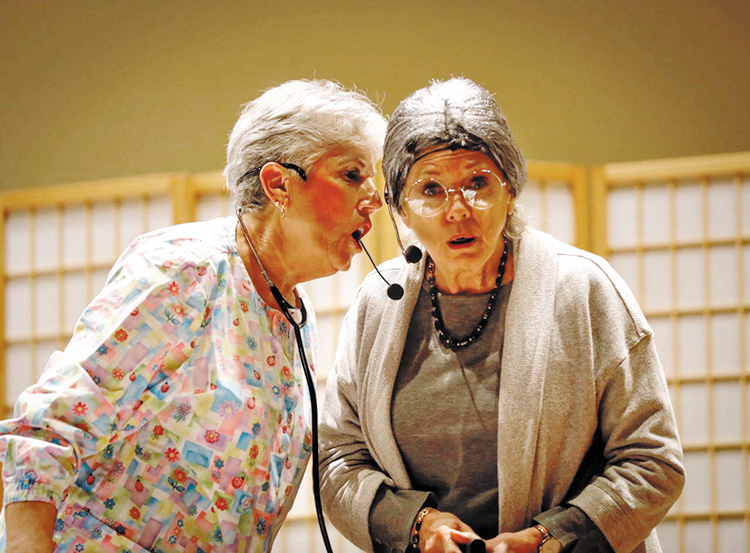 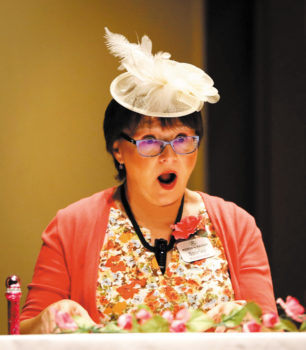 On Sunday, Sept. 15, the Drama Club of Robson Ranch presented their premier of a “Showcase of Comedy”; three one-acts that kept the audience laughing and clapping! It was a sold-out performance with over 200 friends and neighbors in the Robson Community enjoying an afternoon of entertainment, fun, and laughter!

The Drama Club has been a vision for many years by Edward Barnett, president and his wife, Elaine, vice-president. They along with Mary Ornberg, director and Darla Mahan, assistant director made this vision a reality with the enthusiasm, dedication, and talent of many Robson Ranch residents.  Also, behind the scenes was a dedicated support staff consisting of Dianne Ace, Joyce and Bill Ambre, Vicki Baker, Elaine Barnett, Rose Depoe, Mary Fabian, Janie Farnsworth, Joyce and Bill Frey, Suzanne Horne, Rich Kurita, Judy McDuffie, and June Rana.

These performances were made possible by Art Age Senior Theatre Resource Center.

A couple in their seventies have memories of a special romance in Alice and Charlie Forget About Sally and Eddie, resulting in a better understanding and acceptance of the nature of memory, love, and loyalty. Alice was played by Vicki Parr and Charlie was Tony Kura.

Doctor, Doctor reveals the inner workings of a medical office at Our Lady of Malpractice Hospital. Dr. Fatpacker, (Doug Akins) dispenses medicine to one zany patient after another while his underpaid receptionist, Jenny Flecks (Susan Hebert), gives her own medical opinion to anyone who might want to listen. The patients were played by Joyce Brein, Catherine Jenkins, Jim Jenkins, Mary Stimek, and Fran Hackley. The patients receiving Jennie’s medical opinions on the telephone were Ed Barnett (voice 1) and Stan Brein (voice 2).

A few comments from the audience were:

“Congratulations! The plays were very good. Who knew such talent existed on the Ranch? Wonderful job directing.”

“Thank you for a very enjoyable Sunday afternoon.”

“To my Mary, Keep smiling and moving around a lot — they find it hard to hit a moving object! Only kidding— As it is bad luck to wish you good luck —We in show biz say — BREAK A LEG!”

“Let us entertain you” and if you wish to be part of the drama club, contact Ed Barnett, [email protected]