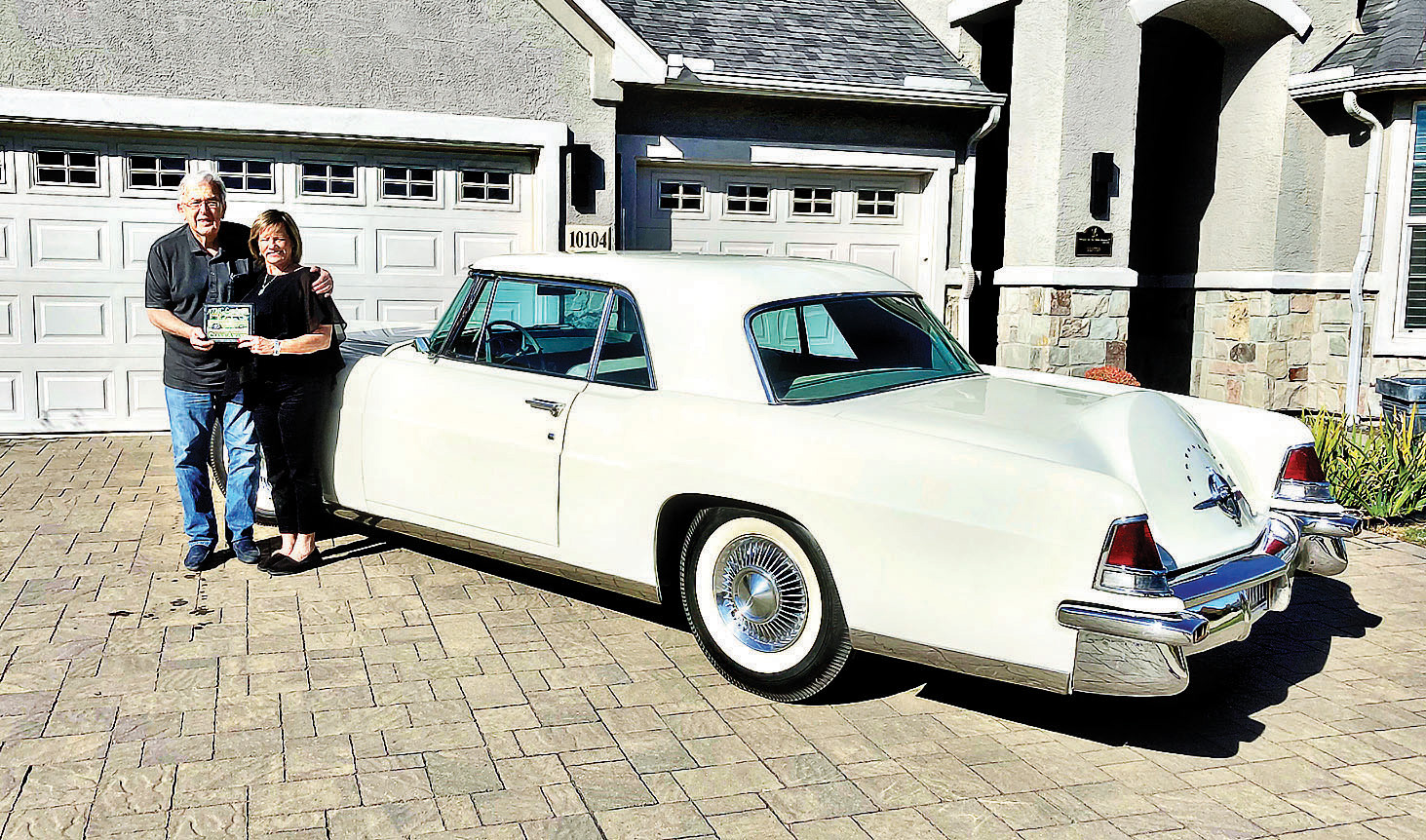 Don and Callie with a 1956 Continental Mark II dream car.

Many of us remember the cars we dreamed about owning. Here is a story about Don Denton’s dream car, a white 1956 Continental Mark II.

The Continental Mark II was sold by the Continental Division of Ford from 1956 to 1957 with 3,005 units sold. The Mark II was meticulously hand assembled and sold for $10,000 as the most expensive American-produced automobile of the time. It was marketed against the Rolls-Royce Silver Cloud and owners of the Mark II included Elvis Presley, Frank Sinatra, Howard Johnson, and many other celebrities.

Don grew up in Big Spring, Texas, and one of his first jobs was at the Truman Jones Motor Company, which was the local Lincoln-Mercury dealership. He always remembered the time when the local banker’s wife brought in her white 1956 Continental Mark II to find out where the gas filler was. They lifted the left tail light to show her the filler cap to satisfy her curiosity.

Don later went to work for Ford Motor Company as a regional parts distribution manager. He worked in Kansas City and later in Davenport, Iowa, near LeClaire where he lived. In LeClaire, he met Mike Wolfe and often saw him, Frank, and Danielle from the American Pickers around town. While at a meeting at the Ford World Headquarters in Dearborn, Mich., he met Henry Ford II, also known as Hank the Deuce.

Don moved to Robson Ranch in June 2018. Last spring, his son Mark asked his dad if he wanted a classic car. Don said what he wanted was his dream car, a white 1956 Continental Mark II, just like the banker’s wife drove in Big Spring. Together they searched the Internet and found his dream car in Dayton, Ohio. A few months later, he went to the Parker Square Car Show in Flower Mound with his friend Callie Orr, and won his first award. Don now has an award-winning dream car, a white 1956 Continental Mark II.

You can see and hear more about all our cars at the Rollin’ Ranchers next event. Watch for our schedule in the HOA email for outdoor events and monthly meetings. The Car Club goal is to participate in car related events or trips each month. Club members are kept informed of activities and events through GroupWorks, and dues are $10 per year. For more information, email Paul Wawak at [email protected]