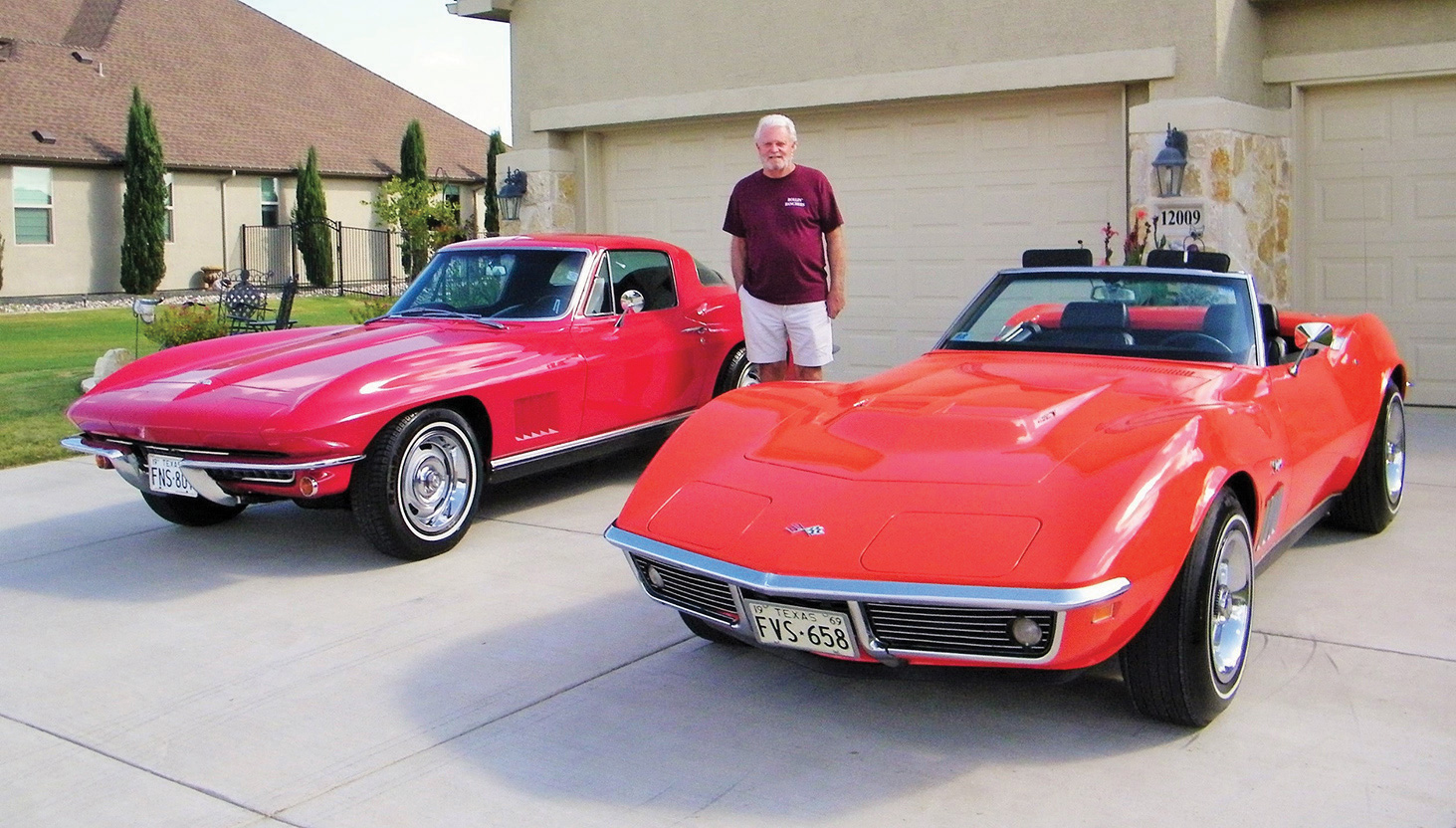 Terry Hitch with his classic corvettes

Terry and his wife Pam moved to Robson Ranch in April 2017 and brought their classic 1969 Chevrolet Corvette and 1949 Oldsmobile Futuramic 88 Deluxe. As a car enthusiast, he helped get the Car Club started later that year and was the first club president.

Terry is the third owner of his original condition and numbers correct 1969 Monaco orange corvette convertible. It has a big-block 427/390 with a Muncie wide ratio 4-speed manual transmission. As an NCRS (National Corvette Restorer Society) member he has brought the 1969 corvette to a near Top Flight level of 93 points. Ninety-four plus is Top Flight which his 1967 Corvette has achieved.

His 1949 silver 2-door Olds 98 Futuramic was also in original condition and after a body restoration he sold it to the Richard Erickson Power Museum in Wallsburg, Utah. He then bought a 1967 Rally Red Corvette coupe with 56,000 original miles. This car has a small-block 327/300 with a Powerglide automatic transmission. Terry is the fourth owner of this original condition and numbers correct car, and after achieving NCRS Top Flight Status his next step is Blooming Gold.

You can see and hear more about Corvettes and other cars at the Rollin’ Ranchers next event. Watch for our schedule in the HOA email for outdoor events and monthly indoor meetings. The car club goal is to participate in car related events or trips each month. Club members are kept informed of activities and events through GroupWorks. Dues are $10 per year. For more information, contact Ron Hoeberling at [email protected], or at 913-708-1908.