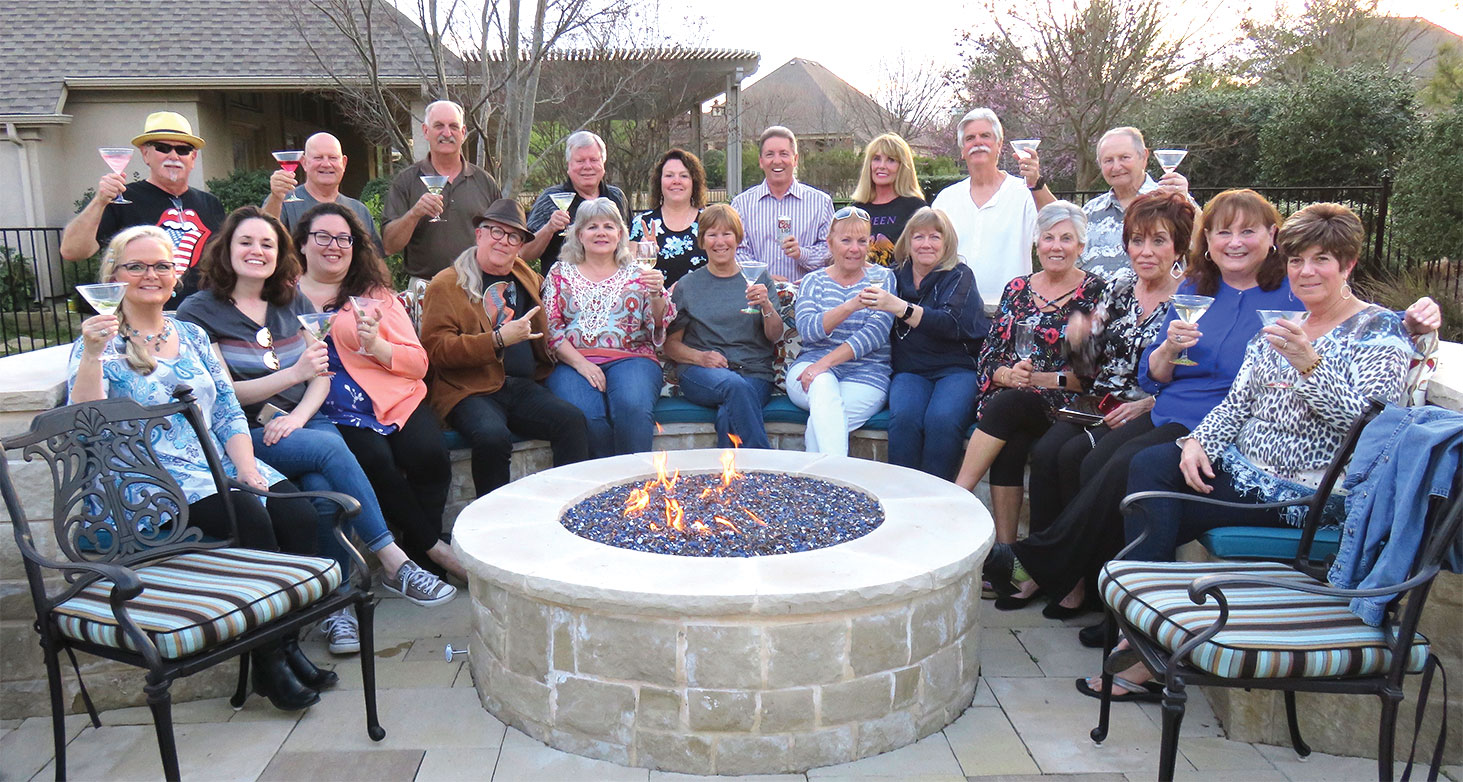 Dave Parker
The house band (host) for the March meeting of the Rock and Roll Martini Group was Margo Leurig and Diane Khalar. The two picked the band Queen to be featured for the monthly meeting. Queen was formed in 1971 and in 1973 they signed their first recording contract with EMI. In 1975, Queen released Bohemian Rhapsody which became one of the greatest singles of all time. The band has sold over 45 million albums worldwide. Freddie Mercury remains an iconic figure in rock history. Margot and Diane featured two British martinis for the evening including the Queens Royal and the Martini Royal. Margot also ordered some of the best ever Thai chicken lettuce wraps from our own Wildhorse Grill. Jeremy and Lauren delivered and set up the wraps in a tiered display. Other rockers (members) brought appetizers and desserts including British scones. The evening was beautiful and the group took full advantage of getting outside and sitting around the fire pit. Until next month, rock on!