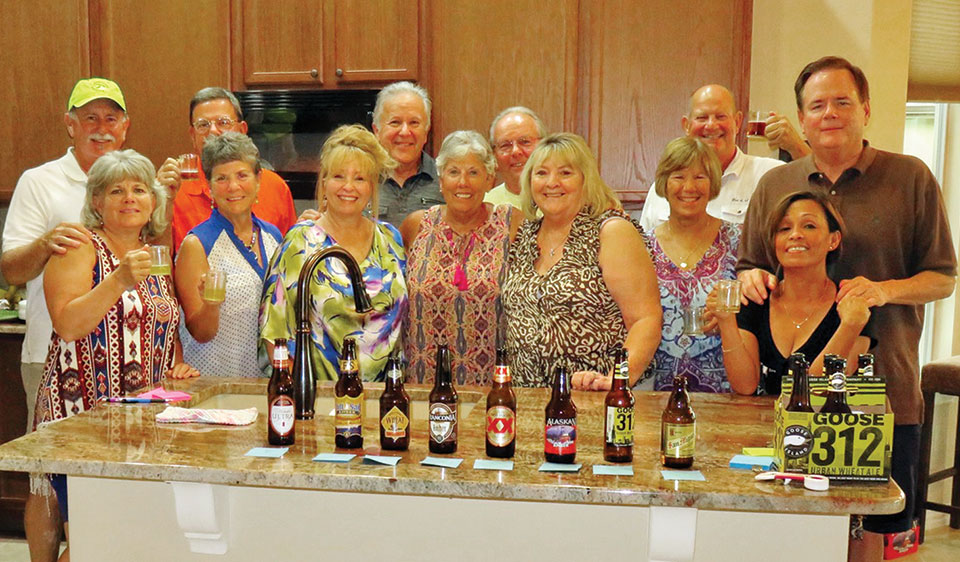 The Corks and Caps

The July meeting of the Corks and Caps featured amber beers from the home states of members. Nancy and Jimmy Burns hosted the get together. The host for the month gets to choose Corks (wine), Caps (beer) or a combination of both. The Burns decided to feature amber beers. Members also brought appetizers that paired with the beer from their home states. After everyone sampled the amber beers it was time for a secret ballot. The winning amber beer was Full Sail from Oregon that Kathy and Tom Zumann brought. It was a great balanced amber beer that ended up as the lowest priced beer.

After the tough competition Jimmy Burns organized a beer trivia contest. It was a men vs. women match up, and the men brought home the win. The women demanded another category so everyone agreed on the Three Stooges. The second trivia contest was a draw giving the men bragging rights for the month until we meet again. It was definitely a great evening of beer tasting, food, trivia and friendship.