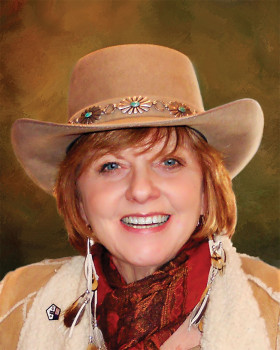 In 1835 when Davy Crockett ran for Congress he told the people of his Tennessee district that if they saw fit to re-elect him, he would serve them as faithfully as he had done in the past, but if not, “they might all go to hell, and I would go to Texas.”

In early January 1836 Crockett arrived in Nacogdoches, Texas. Soon after he wrote to his children, “I must say as to what I have seen of Texas, it is the garden spot of the world. The best land and best prospects for health I ever saw is here, and I do believe it is a fortune to any man to come here. There is a world of country to settle.” Unfortunately Crockett met his demise two months later at the Alamo.

As a revered historical icon for both Tennessee and Texas, Davy Crockett’s quotes are particularly poignant for my husband and me having just returned to Texas after living in Tennessee for 15 years. Tennessee is a beautiful state with four distinct seasons. The Great Smoky Mountains National Park, the nation’s most visited national park, is headquartered in the eastern part of the state, and a section of the Appalachian Trail roughly follows the Tennessee-North Carolina border. And of course Tennessee is home to Music City and Elvis Presley. But as beautiful as Tennessee is, the heart wants what the heart wants and Texas is home!

The first club my husband and I joined when moving to Robson one month ago was the Robson Ranch Republican Club. We arrived just in time to attend the year-end meeting/holiday party. Imagine the shock and surprise to be asked to contribute to the club by writing newsworthy articles for the club. Wow!

The newly elected board of the Robson Ranch Republican Club held its first meeting on Wednesday, January 7, to plan exciting events for this year. Regular club meetings are held the first Wednesday of each month with guest speakers and a variety of topics. Regular meetings are open to all Robson residents. Bring your ideas and your enthusiasm to the next meeting, Wednesday, February 4, in the clubhouse. Social time will begin at 6:30 p.m. and the meeting starts at 7:00 p.m. New officers are in place, and an exciting list of prospective speakers is being reviewed for future meetings. Politics should be part of everyone’s life because it affects everyone’s life.

Finally, what’s the tie-in between Davy Crockett and this article? Just like Davy Crockett, Ken and I believe Texas is the garden spot of the world…and it is a fortune to any man to come here.” We look forward to experiencing all that Robson Ranch Texas has to offer.