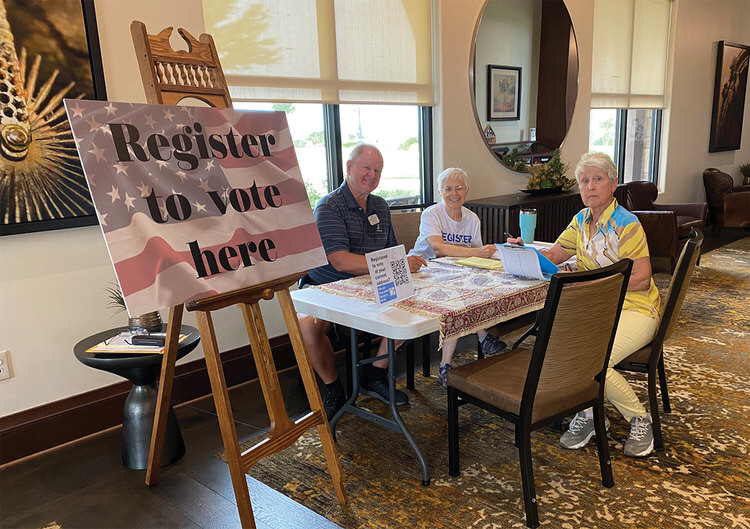 Every eligible American wants to—and should—have a say in deciding which people and policies determine the future for our families, community, and country. Many of us—nearly 240 million citizens in this country—are eligible to vote, but only about 159 million voted in the 2020 national election, approximately 66% casting their ballots.

Every state except North Dakota requires its citizens to register if they want to become voters. With the vast numbers of out-of-state people choosing Robson Ranch as their new home, many may not be registered to vote in Texas and may be uncertain as to how, where, and when to register. Making the process more convenient for new Ranchers, the RR Democratic Club recently conducted a nonpartisan Voter’s Registration Drive (with future drives planned throughout the remaining year).

The Democratic Club believes no vote should ever be wasted, and no U.S. citizen should ever be left unregistered, no matter which side of the political spectrum they’re associated with. Without any show of bias for or against any candidate or party, the club helped to educate people about their voting options and rallied them to register.

When we all vote, we make a difference in our communities. We have the freedom to choose our leaders and the right to speak up for our beliefs. But a vote isn’t just an opinion, it’s an action. Whether you are Democrat, Republican, or Independent, in the voting booth, everyone is equal.

Millions of people will vote this year. Will you? Your Vote is Your Voice.