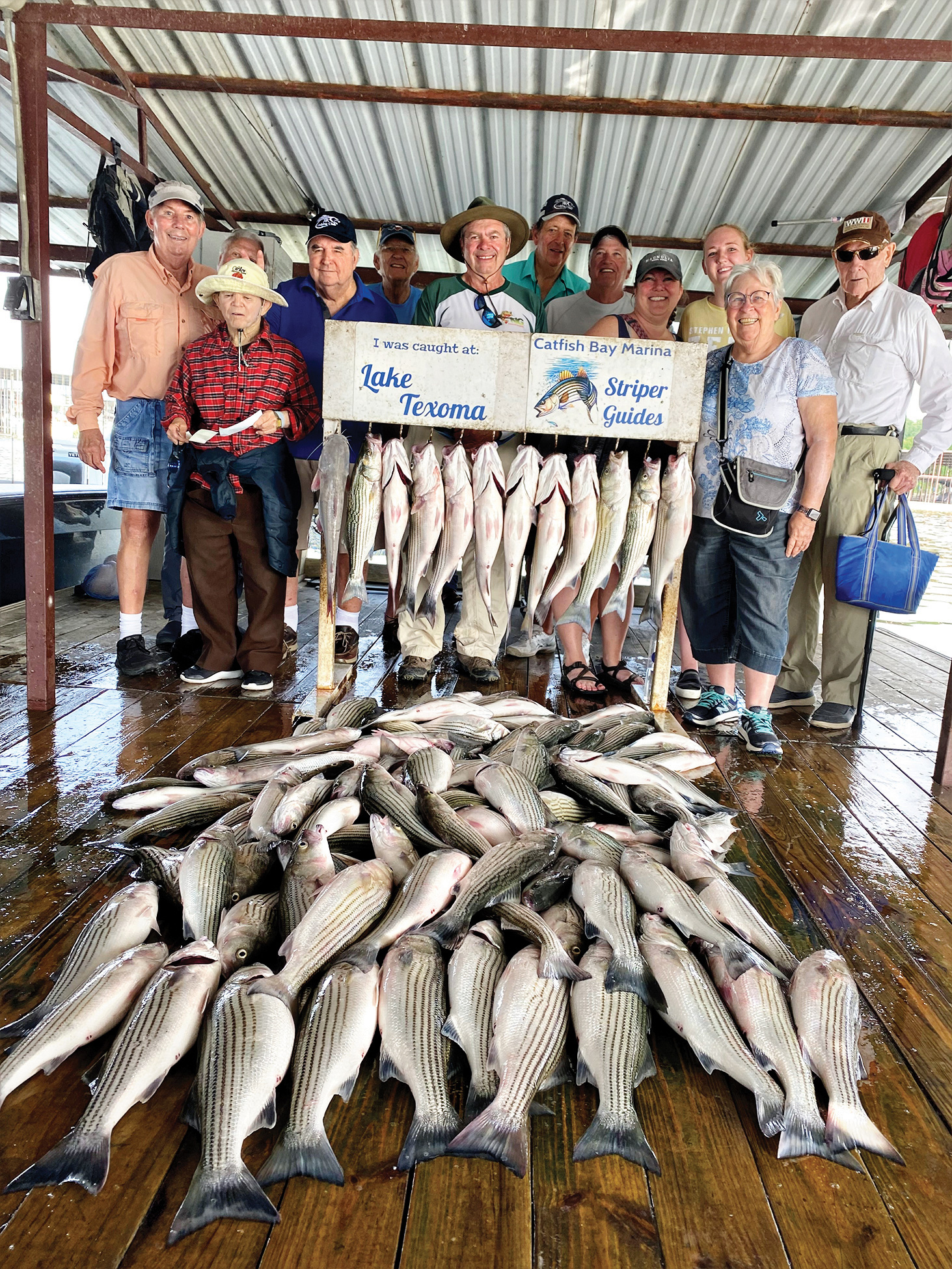 Twelve members of the Robson Ranch Fishing Club drove up to Kingston, Okla. to fish at Lake Texoma on June 8 and 9. The first night all the participants stopped at The Woods (lodging not camping) to stay the night before rising at 5:15 a.m. to eat a hearty breakfast of breakfast burritos, donuts, and coffee to wake everyone up, provided by Dick Dauphnais and Rangy Shoff. At 5:45 a.m. they then took off to join the guides at 6 a.m. to load the boats with anxious fishermen and women. One group seemed to get lost on the way to the marina. Names not to be mentioned. An hour later, they finally got everyone on a boat and the three boats took off to find a spot to fish and catch. The limit of Striped Bass at this particular lake is 10 fish per person in which two can be 20 inches long. When the time grew near to go back to the dock, the guides began to return some fish to the water to prevent being over the limits. The guides then filleted the catch while some of the participants went to eat lunch or head home. This was one of my best guided trips since moving here to Robson Ranch.