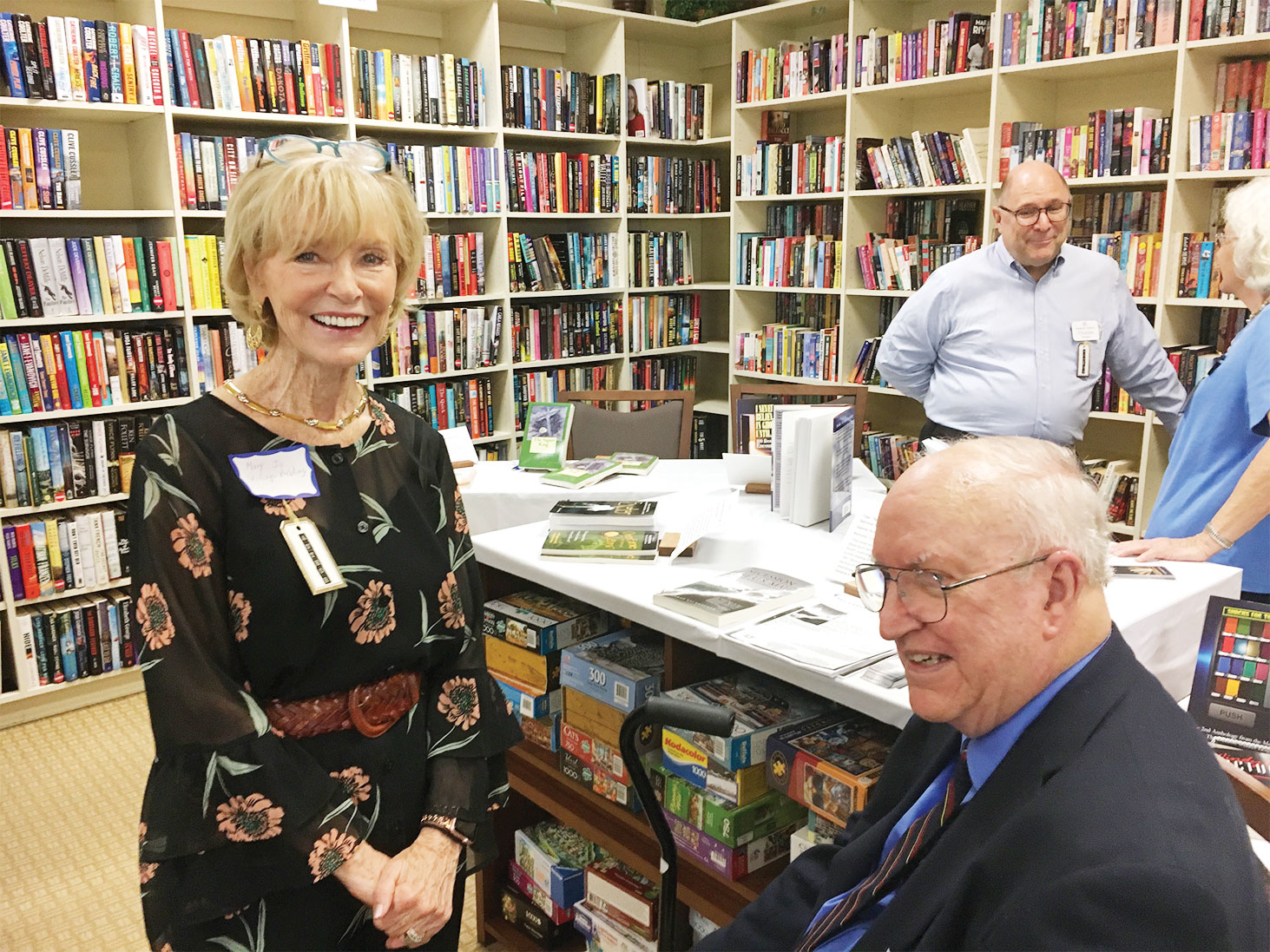 What is a friend? And why does the library need them? According to Webster, a friend is a favored companion, often promoting something of interest! So, what is the Friends of the Library (FOL) all about? Simply put, it exists to support the library—in all ways possible. That includes increasing awareness of the library and its services throughout the Robson community. It’s been reported that there are actually residents who don’t know there is a library! FOL wants to ensure that everyone knows about the library and recognizes it as a hub for community engagement; a place to bring people together to stimulate the expansion of knowledge and ideas in a social setting, a reflective getaway and a spot to have fun.
The FOL is serious about its mission, to advocate for the library, but also generates a lot of fun along the way too! As the club’s one-year anniversary approaches, a membership drive has been launched to increase the total membership. The campaign began June 1 and runs throughout the month. If you appreciate what the library offers in the community, head to the library and join or renew your FOL membership! Annual dues are only $10 per person, all of which is spent toward making the library an integral and dynamic part of the Robson community. Donations are tax exempt and gratefully accepted. At the time of this writing, there are 179 FOL members. The first annual FOL meeting will be held on July 9, from 2:00 to 4:00 p.m., in the clubhouse; officers will be elected, annual results will be shared and suggestions will be sought. Membership may also be initiated or renewed at the meeting.
FOL has made some terrific accomplishments in its first year; 501(c)(3) Tax-Exempt Status has been attained for the club, assuring tax deductions for donations benefitting the library. Subscriptions to three newspapers—The New York Times, Wall Street Journal, and Denton Record-Chronicle—are maintained for residents to keep up with national and local news and events without the need to subscribe individually. Well-attended panel-led book discussions are held quarterly in the library; three so far, each followed by a “Post-Event Social” at The Wildhorse Grill, allowing attendees an expanded and informal opportunity to meet and mingle with others having similar interests. In August and September 2018, in conjunction with the PBS Great American Read, a six-week vote to identify Robson Ranch Denton’s Best-Loved Novel was held with an enthusiastic voter response. And the FOL helped plan and support the library’s ten-year birthday party in September 2018, where a good time (and plenty of cake) was enjoyed by all!
Looking forward to the second year, the FOL reports plans for expanded activities for library patrons. Ever mindful that the library needs to maintain periods of decorum for quiet work, there’s an awareness that patrons desire fun social activities as well! But the good news is that both can be accommodated in the library’s schedule.