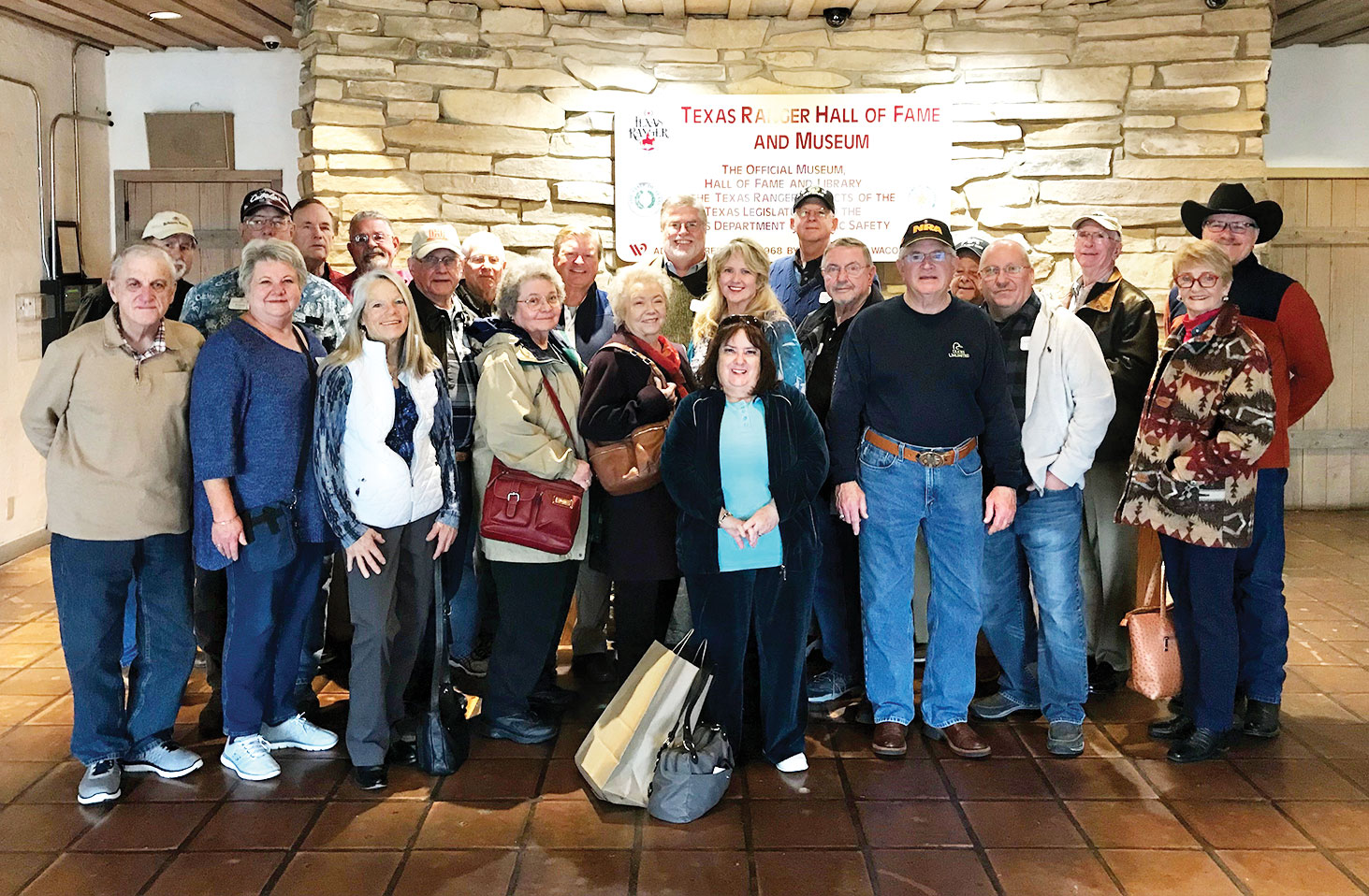 On February 13 members of the Robson Ranch Gun Club piled into a charter bus for an exciting trip to the Texas Ranger Hall of Fame and Museum in Waco. Our group was treated to a guided tour of the facility by a docent who explained the fascinating history of the Texas Rangers from their founding by Stephen Austin in 1823 through its role in law enforcement today.

From the first ten rangers hired by Austin to protect settlers from the Comanche Indians, to Frank Hamer and his team who took out Bonnie and Clyde, to the premier law enforcement agency known around the world today, the history of the Texas Rangers includes stories that could fill several volumes. While many of us in the gun club grew up playing cowboys and Indians, the Texas Rangers are the real deal. After the tour of the facility, we stopped for lunch at Luby’s before heading home. It was a wonderful time, and we look forward to making more road trips in the future.

We want to invite any Robson Ranch resident who might have an interest in guns to one of our meetings which are normally held in the clubhouse at 1:00 p.m. on the second Tuesday of each month.