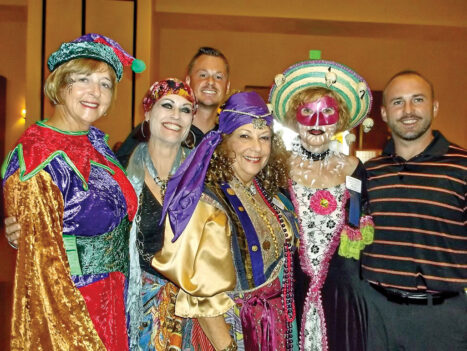 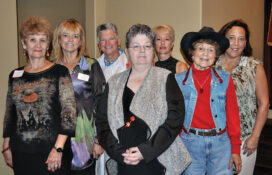 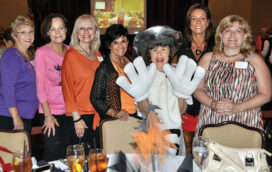 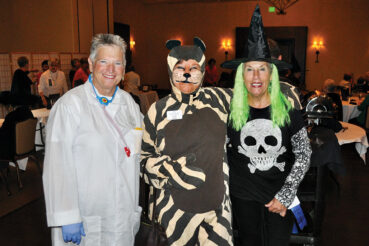 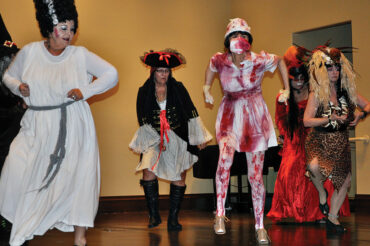 A “spooktacular” time was had by all who attended the October Women’s Club Meeting/Luncheon! Almost everyone in attendance wore some sort of costume, scary/funny shirt or dressed in black and orange colors. Sharon Foy, Ruby Wilson and Chris Melo decorated the tables with traditional Halloween ornaments of jack-o-lanterns, masks, bling-bling and seasonal candy.

Guest speaker for the luncheon was Shelly Tucker, also known as the “Ghost Lady of Denton.” She kept everyone on the edge of their seats as she told a couple of frightening stories. But before Shelly began her chilling storytelling, the audience had a surprise treat to see club members dressed in spooky costumes take the stage to perform a choreographed dance to The Monster Mash. Monster Mashers included Linda Overfield, Donna Ross, Sandy Petty, Nancy Toppan, Vickie Batten, Marilyn Melo and Geraldine Gawley. Bert Zeitlin provided the music and choreography to create this great entertainment.