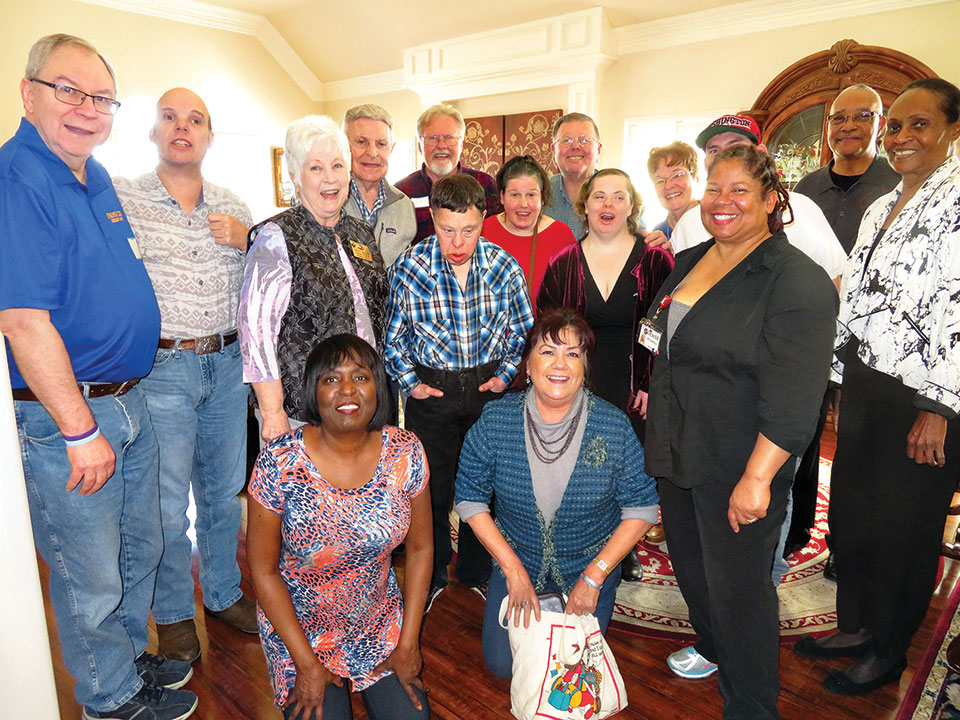 Nearly any ingredient can be put on pizza. From pepperoni and anchovies to barbecue chicken and pineapple, every pizza pie is like a unique work of art. Every pie is a different shape and size. There are thin crust pies, deep dish pies and everything in between. There are pies with different cheeses and tomato sauces. Frozen, fresh, gourmet, fast food chain, homemade, you name it; what’s not to love about pizza. And what better way to indulge in one of America’s most craved foods than at a Pizza Party!

The much anticipated Pizza Party for the Aktion Club, a Kiwanis Club sponsored program for adults living with disabilities, was recently hosted by Kiwanians Brenda and Gerald Jones. The Aktion Club gives adults with disabilities an opportunity to build leadership and decision-making skills, to hold leadership roles in the club and to serve their communities. But before all the fun got started the Aktion Club officers took the helm of the business meeting with reporting by President Sarah, Vice Presidents Ron and Stan, Secretary April and member at large Kevin.

The day was filled with musical entertainment including a medley of Rock and Roll tunes performed by Bill Rauhauser and Mike Weaver. Then on the opposite end of the music spectrum classical music was played on the piano by UNT organ performance doctoral student Joy Hague. Aktion Club member April finished off with her vocal rendition of the love theme My Heart Will Go On from the movie Titanic.

But the highlight of the day was the pizza. There’s nothing more exciting than when that cardboard box is opened to reveal a round pie with eight delicious slices waiting to be devoured. Ever notice everybody eats their pizza differently? There are those who fold their slices in half, those who eat their slices with two hands and those who (dare I say) like to cut their pizza with a fork and knife. Some people soak up the olive oil with a napkin while others don’t mind a greasy slice.

Regardless of how you like your pizza, good times were spent with good friends performing good deeds—offering adults with disabilities an opportunity to develop and use their talents and in turn help them improve their self-esteem and belief in themselves.

Want to have an impact on the lives of those within your community? Then visit the Kiwanis Club RR on the first and third Friday of each month at 8:30 a.m. in the Clubhouse. For more information contact Jim Galbraith at [email protected]