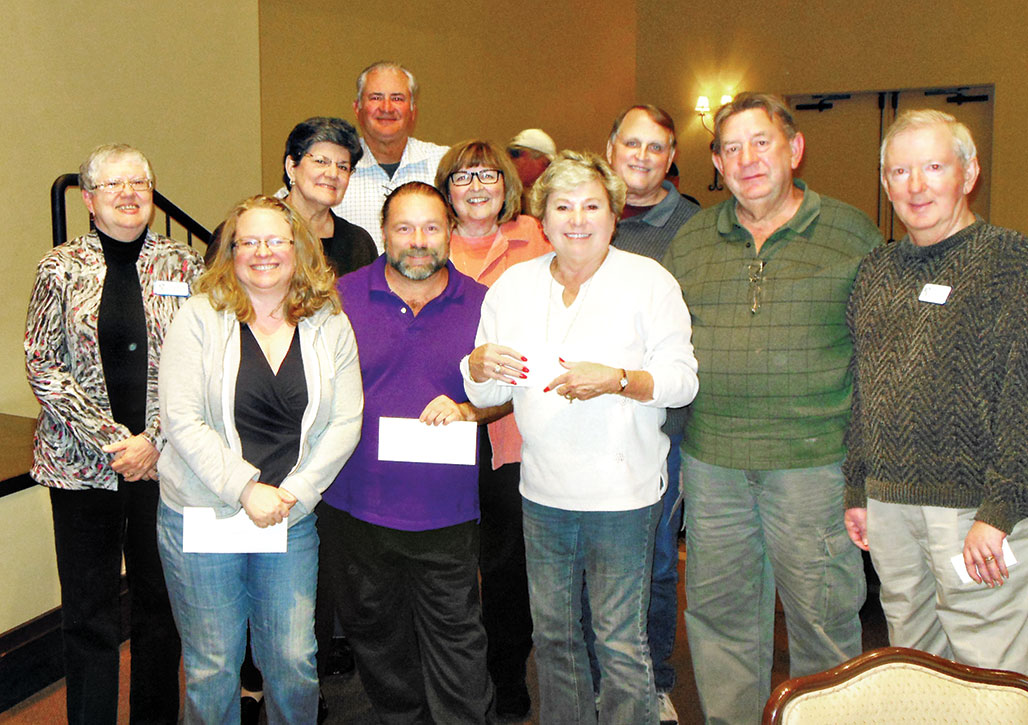 The last 2014 HOA Trivia Night was another night of fun and a huge success. There were 13 teams and 15 spectators. Each team had eight members, which either helped or hindered with getting the answers. It’s always best to go with your gut, but some teams would talk themselves out of the right answer. A few new teams were formed, but there were several returning teams. The new teams really jumped into the competition and came up with some unique team names: Probies or Thumbs Up. Also as a bonus, Gary and Coleen Brandt from Brandt Travel sponsored the event with cookies, brownies and eight bottles of wine and included eight Wildhorse Grill gift cards for door prizes.

The group seemed smarter or the questions were easier, and the scores reflected it throughout the evening. Althea Parent was the MC for the night, and Coleen was her assistant, which helped being the timekeeper and the music extraordinaire.

We played six rounds, which were made up of three questions each, and teams would bet points on their answers. The final question was worth 20 points, and teams could bet a minimum of one point or all 20 points. The teams were relatively close going into the final question.

There are several categories during Trivia night. Here are just a few of the questions from the November Trivia. The answers to the final question and those below are at the bottom.

1. Academy Awards: Humphrey Bogart won the Academy Award as Best Actor only once in his career for which 1951 film that also stared Katharine Hepburn?

2. Music Legend: What did Ritchie Valens do to obtain a seat on the ill-fated plane that Buddy Holly chartered?

Final Question: In the 1960s George Barris became heavily involved in vehicle design for TV productions. What two cars made him famous?

Eight teams, members working together as one…no use of cell phones…no call a friend! With each of the Trivia nights there is a bit more of Robson Ranch competition going on; love seeing this, makes for a lot of fun. Hope you’ll put a team together and join us for the 2015 Trivia Nights.