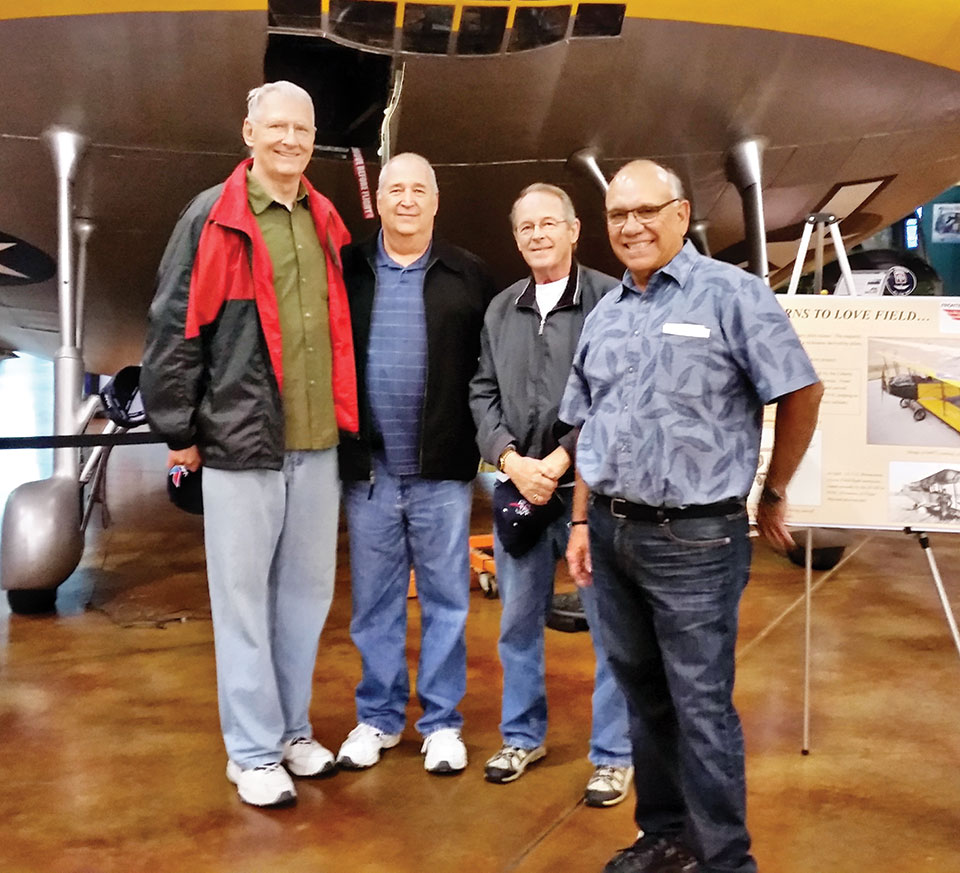 On Friday, March 24, 2017 at the suggestion of Rich Lipke, Rich along with other “Humbugs” Ray Peters, Ben Tillman and F C Levrier paid a visit to the Frontiers of Flight Museum at Dallas Love Field. The museum was magnificent with 13 galleries and exhibits from the Early Flyers to Space Flight, with over 30 aircraft and space vehicles including the Apollo VII spacecraft and a fully restored Vought V-173 “Flying Pancake!”

As part of The Collings Foundation’s Wings of Freedom Tour the only remaining flyable B-17 “Flying Fortress,” a B-24J “Liberator,” and B-25 “Billy Mitchell” World War II bomber aircraft had landed the day before and were on display on the tarmac outside the museum. The highlight of our tour was being able to actually board the Flying Fortress and get a real feel for the sacrifices our airmen made in defending our liberty flying these bombers in incredibly cramped quarters with minimal space for anything but munitions to carry on the fight for freedom. Other Humbugs Lonnie Batten, Rich Heidebrecht and Mike Bower were unable to make this wonderful and most memorable trip back in time.