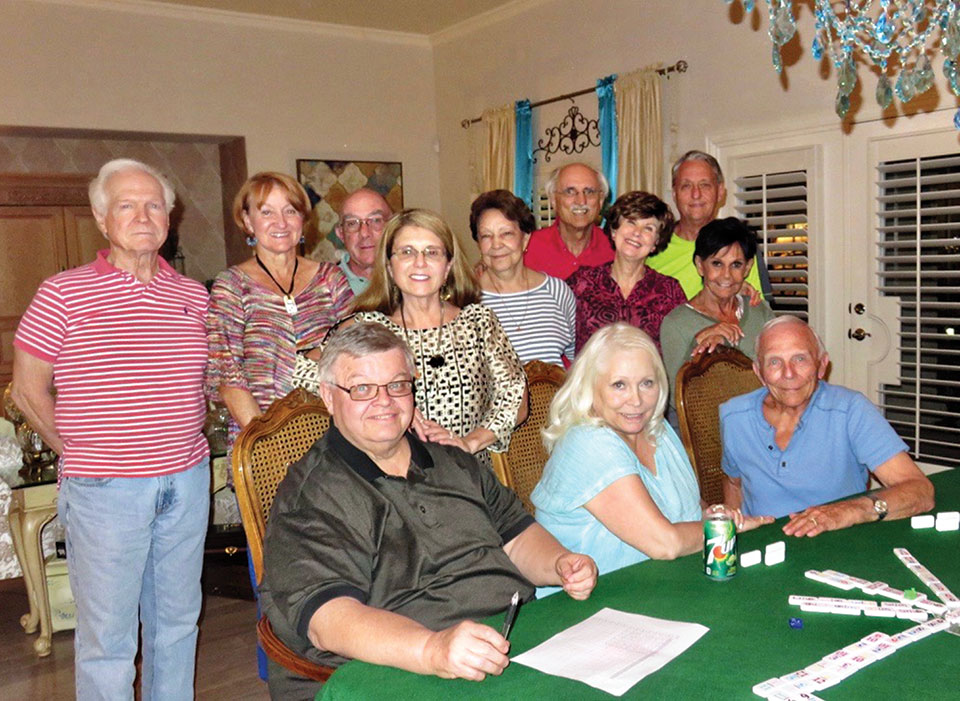 In the hot summer month of July everyone was greeted with a refreshing frozen margarita as we entered the courtyard of Vivian and Al Wright’s home where the margarita machine was placed. Along with our cool margaritas, Mexican cuisine was served. We enjoyed delicious appetizers, Jalapeno cheese squares, guacamole dip and chips, sizzling fajitas, creamy tortilla soup, fresh green Mexican salad and decadent Reese’s peanut butter cake.

Mexican Train was played at two tables. Jere Bone was a double winner at table one. He claimed first place with 98 points and the most wins, going out twice. Ed Heberlein was in second place with 128 points followed by Kathy Heberlein with 163 points. Nancy Toppan was the big loser with 182 points. Bobby Rogers was the big winner at table two with only 44 points, while his wife Melodye was a close second with 46 points. In third place was Mike Aramanda with l09 points and the most wins, having won twice. The big loser was Vickie Bone with 158 points.

It was a fun summer evening for the Game Gang.