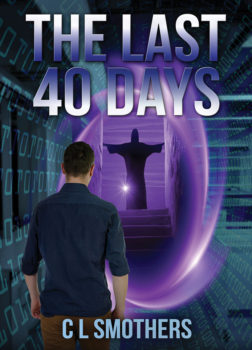 Dr. Jeremiah BarJobe, a theoretical physicist who worked for the CIA, spent years torn between his scientific and religious beliefs. After the death of his wife, while on assignment near the Arctic Circle, he loses faith in God. He becomes a drunkard and quits his job at the CIA. After much difficulty and soul searching, Jeremiah quits drinking and looks for a new direction — not knowing what he will do with the rest of his life.

A European company obtains copies of Jeremiah’s PhD thesis on time travel from Cal Tech. Because of some deliberate but critical omissions from the theory, approved by his professors, they are not able to implement the theory and build the machine. Finally, out of frustration, they offer Jeremiah a chance to head their project — something he dreamed about in graduate school at Cal Tech. He accepts thinking maybe, just maybe, he could turn his life around and also prove the validity of his PhD thesis. Not only that, but if he could build the machine, it might be possible for him to go back in time and resolve his lifelong conflict between science and religion. Could he discover if Christ was who he claimed to be, or was the whole story about Jesus a fabrication?

Animal and unmanned tests to the future and to the past were successfully completed and he was being considered for the Nobel prize in physics. He had become rich, and his life was budding with a new romance.

To complete the manned testing and wrap up the project, RMI agrees to let Jeremiah travel one week into the future. As he steps through the time gate, the system fails and sends Jeremiah more than two thousand years in the past. Before RMI can address the failure, the Italian government, under pressure from the UN, shuts the project down citing national security issues. Jeremiah is stranded in the year AD 33, in ancient Rome, with no hope of ever returning. He needs money to live so he uses his prior experience with the CIA to get employment with the Roman Intelligence Service as an analysist.

After two years, and considerable success with the service, Jeremiah’s boss assigns him to go to Judea to assist Pontius Pilate to investigate a prophet named Jesus and infiltrate a radical group, The Brotherhood, who are trying to recruit Jesus to head a rebellion against Rome. Jeremiah is extremely pleased because he now has the opportunity to find out the truth about Jesus. Was he really the Messiah or just a false prophet and the New Testament a lie?

CL Smothers is a founding member of the Robson Ranch Writers Guild. HIs books may be purchased by selecting Amazon.com on your browser, selecting Books, and then entering CL Smothers which will take you to his bookshelf. For more information go to his website at www.clsmothers.com.