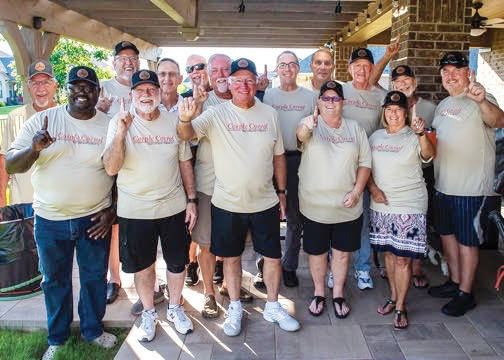 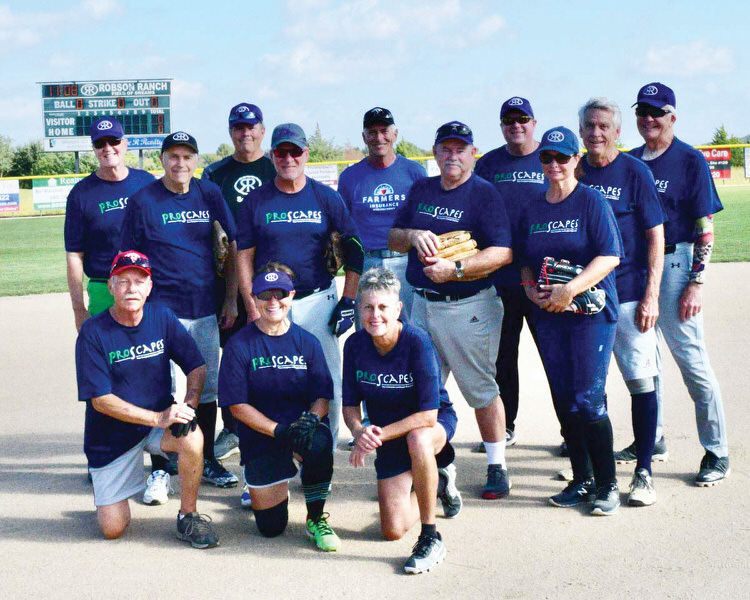 Did you play softball/baseball when you were young? Not many senior communities offer softball and have their own “Field of Dreams” like Robson Ranch. It wasn’t until 1926 that the term “softball” was used, when Walter Hakanson of the YMCA formed the Colorado Amateur Softball Association. In 1931, the first age 70 and older team formed, calling themselves “Kids and Kubs.”

Studies show physical activity and social interaction improve the cognitive ability of older adults and delay the onset of functional limitations. Studies also indicate that it is never too late to become physically active and get those benefits. We at Robson can participate in one or more of several leagues. Players have mixed skill levels. Some of us had never played before, while others have played most of their lives. Additionally, if you face serious physical challenges, there are still opportunities to participate running the scoreboard, learning to become an umpire, announcing from the “press box,” running the field tractor, or just enjoying the laughter and camaraderie as a cheering spectator.

On Saturday, March 19, all new ladies and gents are invited to practice batting, running, catching, throwing, fielding different positions, and their knowledge of the game. Individuals are scored according to their skill level to help “draft” fair and equal teams. The league’s mission is, “to encourage all RR residents to participate in a fun environment, with sportsmanship and safety being a high priority.” The 2022 action begins the week of March 21 with weekly games, which conclude in playoffs to finish by the Memorial Day holiday. Thanks to those many sponsors, recruited by Jerry Bennett, each player receives a team jersey and baseball cap. New this year for all us ladies, when it is our turn to bat, only the catcher, second baseman, and the shortstop players can field the ball. If another team fielder plays the ball, well, yah, we will be safe on first base.

There are not too many opportunities for adults to get out and play in the dirt and grass, especially with other adults! Then, after our games, we spend time going out to celebrate the win or loss. As you can see, there are many benefits to the great game of softball. So come on out to meet new friends and enjoy the fun.