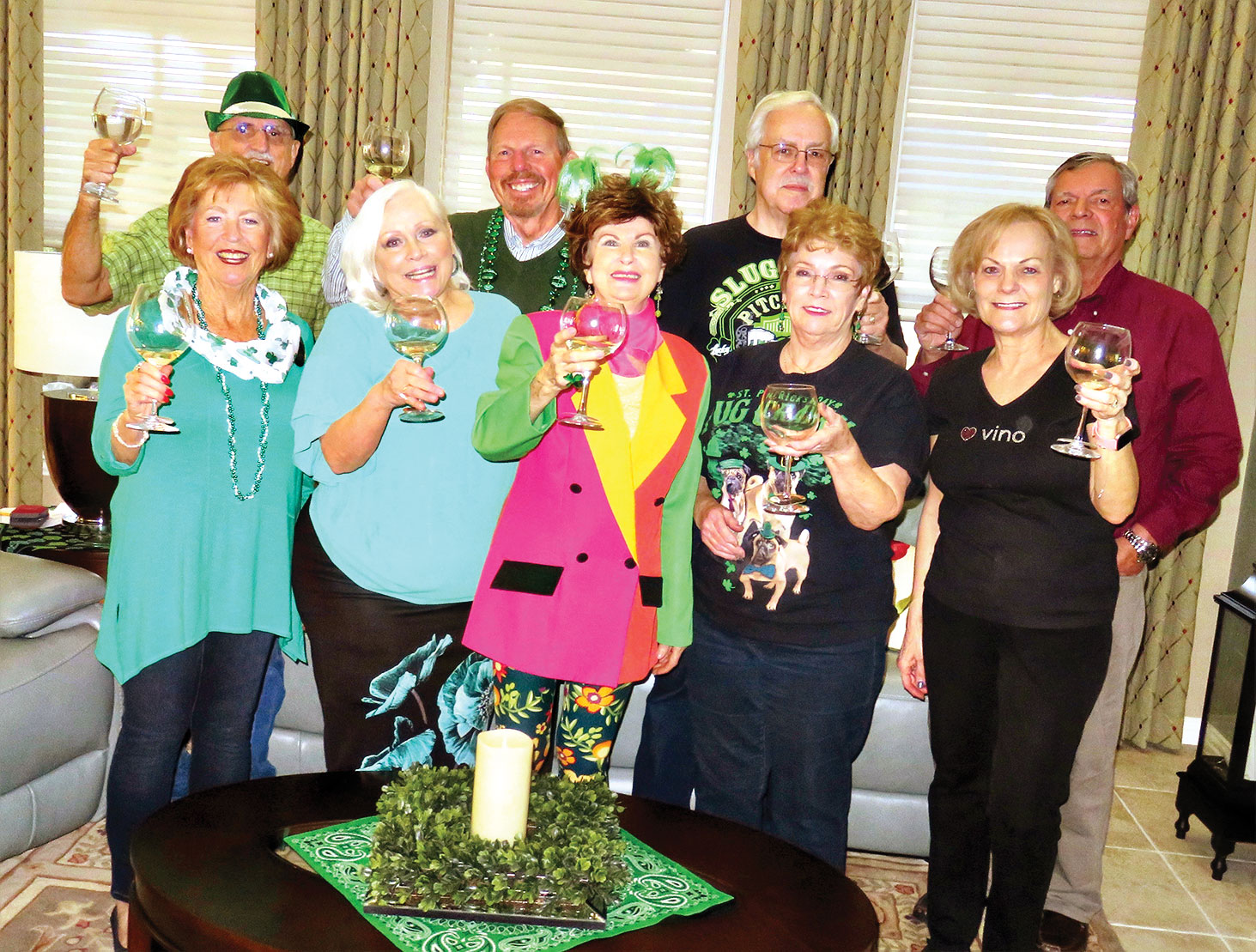 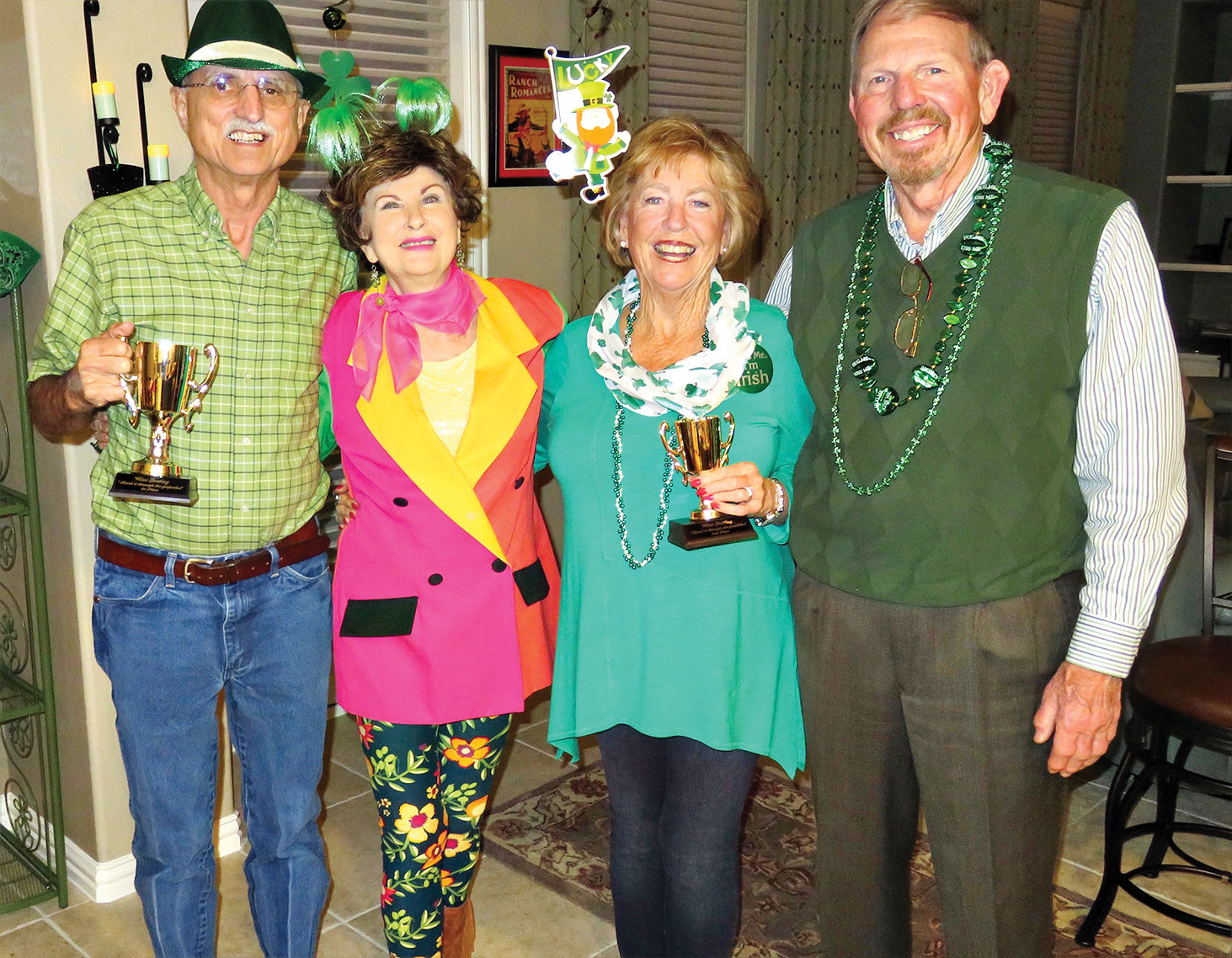 Heard It Through The Grapevine celebrated St. Patrick’s Day at the home of Terry and Mike Gilberti.

We didn’t leave out the wine. After all, it was a wine tasting event. In first place was Nancy and Pete Toppan’s Columbia Crest Cabernet Sauvignon Grand Estate 2013. This bold style Cabernet Sauvignon displays great complexity and structure. There are aromas of dark berry fruits and plum on the nose with chocolate and vanilla on the palate. Wine Enthusiast rated this wine 90 points. In second place, Cat and Ken Bass’s Bold Andean Moon took Malbec to impressive heights. This stand-alone varietal is medium bodied with jammy blackberry and plum fruit flavors. Rich cocoa and earthy spice characteristics add complexity and segue gracefully to a persistent finish. It is the perfect partner to spicy smooth dishes. Viv Wright’s OG10 Prosecco DCC Italia placed third with its fruit and flower aromas. This bubbly Prosecco is light, frothy and spritzy.

“May your troubles be less and your blessings be more and nothing but happiness come through your door.”