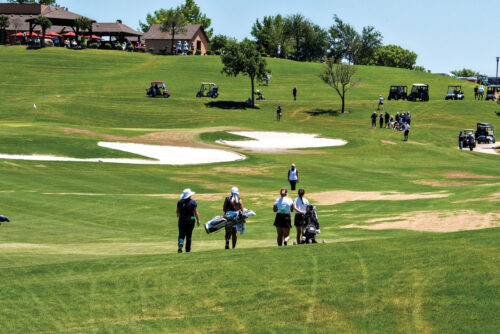 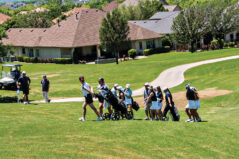 Let’s go add up our scorecards 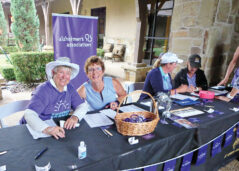 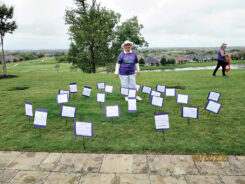 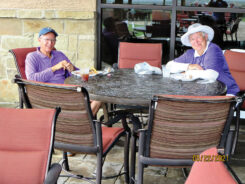 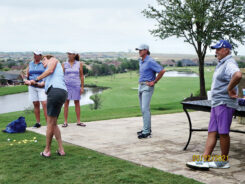 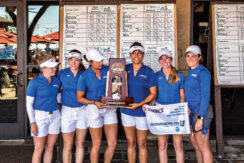 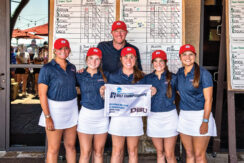 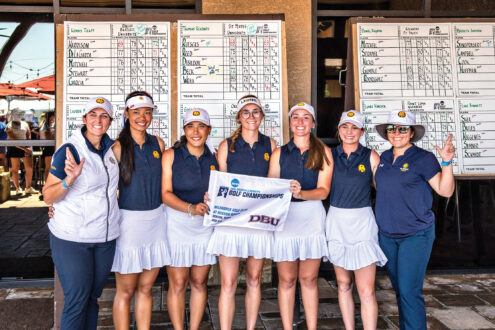 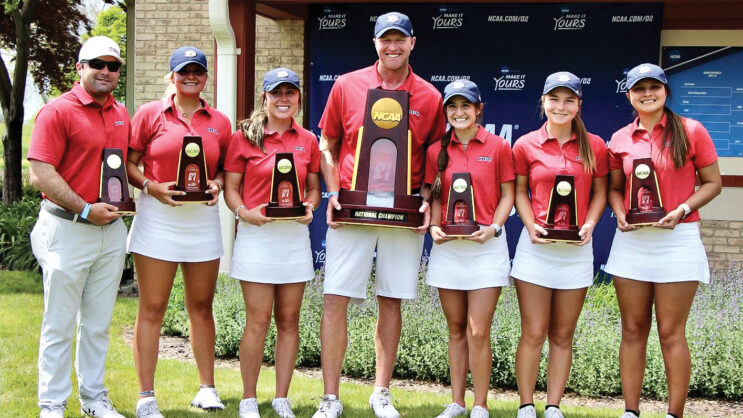 Robson Ranch was selected for the NCAA West Regional tournament with Dallas Baptist University (DBU) hosting. This tournament was steered by the NCAA and they were stricter with their COVID-19 protocols. It was three days of Women’s golf like no other. We had 13 teams from as far away as Bellingham, Wash.

From dbupatriots.com: “No. 1 DBU will once again chase a National Championship after punching their ticket to Detroit with a second-place finish at the NCAA II West Regional. The Patriots came into Wednesday on a mission and secured their spot in the finals with a team total of 26-over par. Despite not playing their best golf in challenging conditions, DBU rallied and carded a final team round of 2-over par. The Patriots were especially clutch down the stretch when the leader board saw four teams crammed within eight shots of each other. St. Mary’s and Texas A&M-Commerce are the other two teams who earned bids to Detroit today.”

DBU went on to Detroit and guess what…

I like to say Robson Ranch, home of the Division II National Women’s Golf Champions DBU. History was made on Saturday afternoon as the No. 1 DBU Patriots claimed their first NCAA II Women’s Golf National Championship. The Patriots defeated Lynn University by a single stroke to clinch the title and cap off a historic season with the biggest win of them all.

The Patriots battled a talented Lynn squad all day long. The Fighting Knights took an early lead thanks to some incredible work on and around the greens. Julia Garcia and Jaycie Stewart were off first. The pair played extremely well, but were edged by Lynn players who shot par or better. Garcia battled to within five shots of her player and Stewart made up ground on the 18th hole, finishing her match just two strokes behind. These gains by the Pats would be of crucial importance later on.

With two points in for Lynn, the Patriots had work to do in order to stay alive in their championship hunt. Faith DeLaGarza responded to the occasion by winning her team their first full point of the day, claiming a seven-stroke victory. For DeLaGarza, she took the lead in her match on the 7th hole and never relinquished it.

Playing in the second to last pairing was senior Hanna Harrison. In her final collegiate round, Harrison played some of the most clutch golf of her career down the stretch. Harrison battled her opponent to a tie on the 15th hole. That tie lasted until the 18th green when Hanna got up and down for par to win her match. Harrison made the four-foot putt to win the second point for her team and immediately hugged Head Coach Kenny Trapp, knowing she had just given her team a chance.

With the points tied at two apiece for DBU and Lynn, the match came down to the final pairing of Olivia Mitchell and newly crowned NCAA Individual Champion Helen Kreuzer. Mitchell had just made birdie on 17 to put herself just one shot back of Helen as the pair headed to the 18th tee. Mitchell needed to tie Helen in her match in order to give DBU the win thanks to the team stroke tiebreaker.

Both players found the fairway, setting the stage for Olivia to hit the shot of the year into the final green. After clubbing down from 140 yards at the advice of Coach Trapp, Mitchell stuffed her second shot to three feet below the hole. While Lynn missed their birdie putt from 20 feet away, the WGCA Freshman of the Year poured her birdie putt right in the middle of the cup and the celebration ensued as the new NCAA National Champions rushed the green.

For DBU, it is their first Golf National Championship in program history. It is also the first national championship in the esteemed career of Kenny Trapp who will get to bring his well-deserved hardware back to Dallas.

In total, the Patriots finish one of the most outstanding seasons in NCAA Golf history by winning eight times, including the Lone Star Conference Championship as well as the NCCAA and NCAA II Women’s National Championships.

Who ever said golf was not exciting? Kenny Trapp and Josh Aguilar Won Division II Coach and Assistant Coach of the year.

What an honor for Robson Ranch to participate in their Journey to National Champions!

Thank you to all the Robson Ranch volunteers. We will see them again in the fall for the returning Dallas Baptist University Classic.