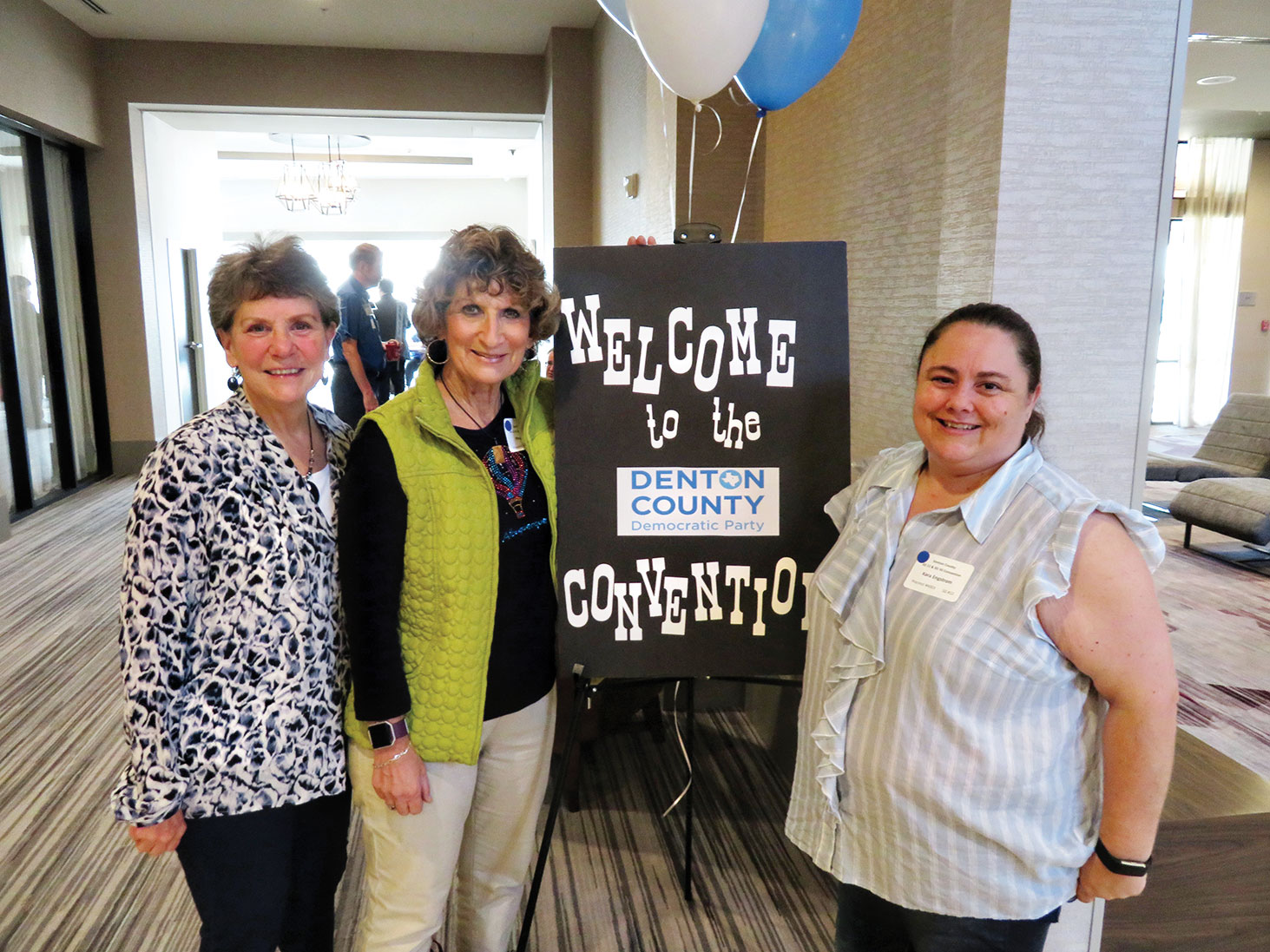 The gavel sounded at 9:00 a.m. on the morning of March 24 as the Denton County Democratic Convention came to order. In attendance were Robson Ranch residents Kara Engstrom, Phyllis Ayers and Vicki Baker giving them an opportunity to become engaged in state politics beyond just casting a vote, thus amplifying their voices.

The County Convention is held on election years to ensure that Denton County has strong party leadership at the state level. During the county convention, among other tasks, resolutions were passed on various topics of public policy and party affairs for the upcoming election cycle. Kara, Phyllis and Vicki were all elected to move up the hierarchy and serve as Senatorial District 12 delegates at the state convention being held in June. By serving as delegates they will have more influence in determining the course of the Democratic Party.

The convention was a wonderful time spent with other passionate Democrats, as well as hearing empowering speeches from local leaders. As grassroots party activists, Kara, Phyllis, and Vicki will campaign to represent their senatorial district. When asked why they became delegates – “we are all motivated by love of liberty and freedom and are excited to be a part of this political process that is critical to the continued success of our country”. It was an opportunity to see our democracy in action – a government of the people, by the people, and for the people.