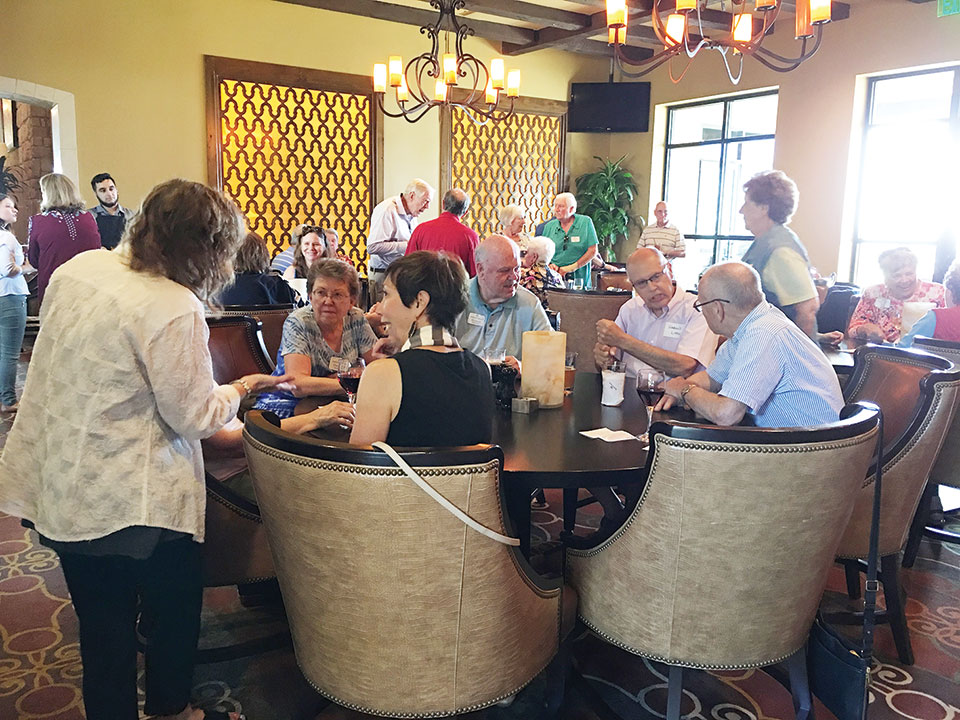 The room was overflowing with many familiar, and some not so familiar, faces as Ranchers gathered at the Wildhorse Grill on May 17 to celebrate the re-launch of the RR Democratic Club. The atmosphere was festive with lively conversation and laughter as fellow Democrats connected and discussed issues affecting our city, county, state and country.

Club Co-President Tom Cindric and Social Event Coordinator Tracy Olson welcomed the crowd. They were met with resounding applause after announcing the RR Democratic Club is now a sanctioned Robson Ranch club with an ever-increasing membership and forward-moving agenda.

Too often people who want to get involved in politics think that it will just “happen,” that someday someone will call them out of the blue and ask them to join. This is simply not the case. The best way to get involved with your local Democratic Party organization is to get out there and get started now.

Interested in getting involved to help the Democratic Party’s causes? Then look into the Robson Ranch Democratic Club. Learn about the issues, meet fellow Democrats in your community and take action! Find out our current agendas, action items and become involved in our organizing efforts. The monthly club meeting is held on the third Thursday of every month at 7:00 p.m. For more information contact [email protected]