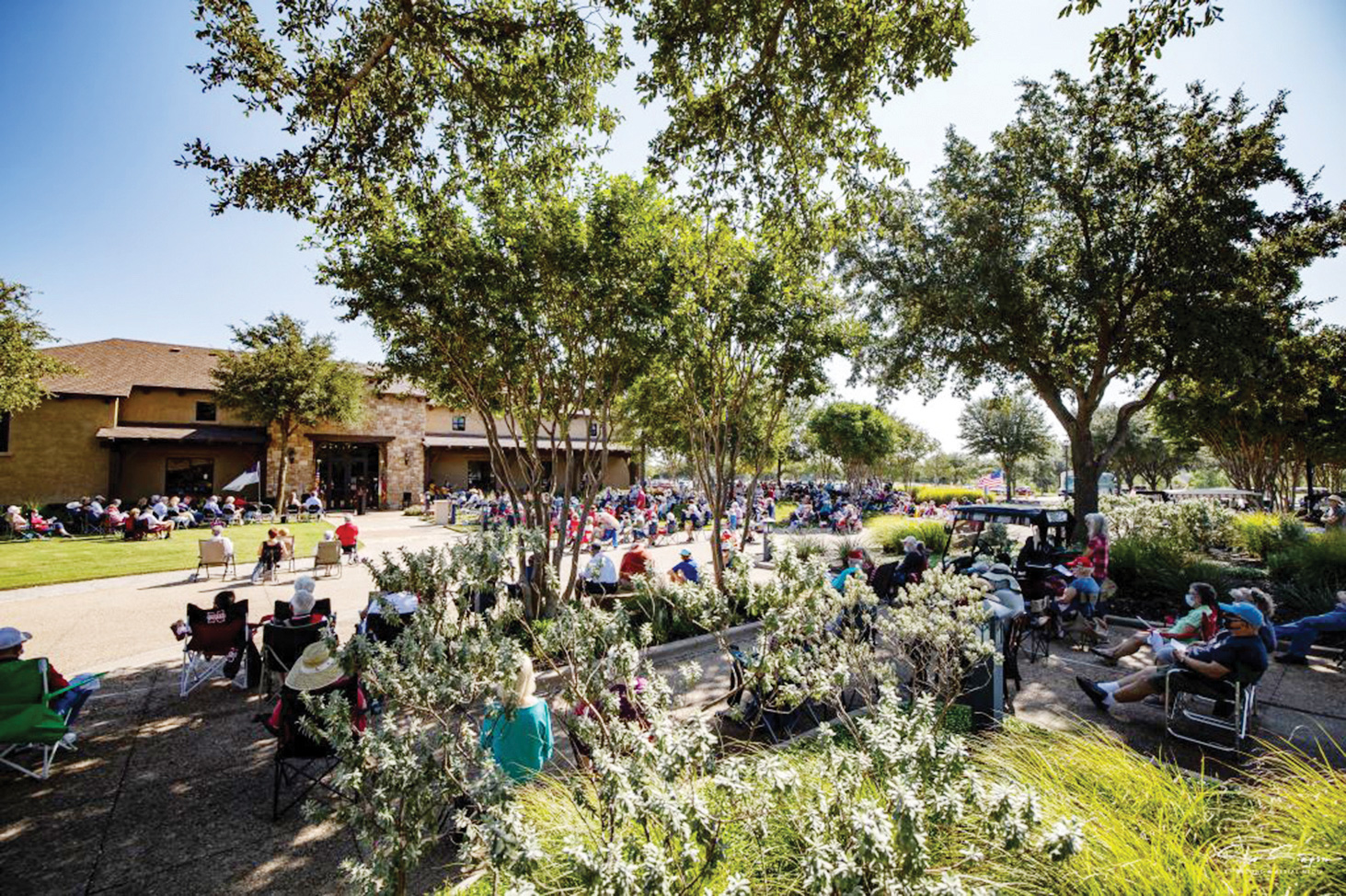 On Saturday, September 26, hundreds gathered together outside at Robson Ranch in support of the National event called “The Return,” held that day in Washington D.C. and throughout the United States. This event was spearheaded by Linda Smith and Catherine Simpson, both residents of Robson Ranch, along with many other volunteers.

Collectively the group sang, prayed and asked for God’s forgiveness and continued protection. The mission of this event was to seek God’s divine help and intervention to heal our land and bring peace back to the United States. One Robson resident shared her thanks for the prayer rally stating, “It was so meaningful, wonderful, and really special to see so many attend and support a desire that we return to the beliefs this nation was founded upon.”

Dr. Jim Mann, Pastor of New Life church and candidate for Denton City Council At Large place 6, led the audience through the historical events that caused the formation of the United States. He showed that without God’s support and protection, the little group of ragtag Federalists would never have been able to defeat the huge, fully armed British soldiers.

Speaker and one of the event organizers, Linda Smith, asked God to plant hope in each person for a better tomorrow. She implored God, “Please guide us through these troubling times, so that our actions will always be pleasing to You.”

Dr. Lynn Stucky, Texas State Representative, discussed the importance of this election and shockingly informed the group that last year, only half of the registered Christians in Denton County actually voted. Other speakers who prayed for specific groups included Gerard Hudspeth, Denton Mayor Pro Tem and candidate for Denton Mayor; and Dianne Edmondson, Denton County Commissioner.