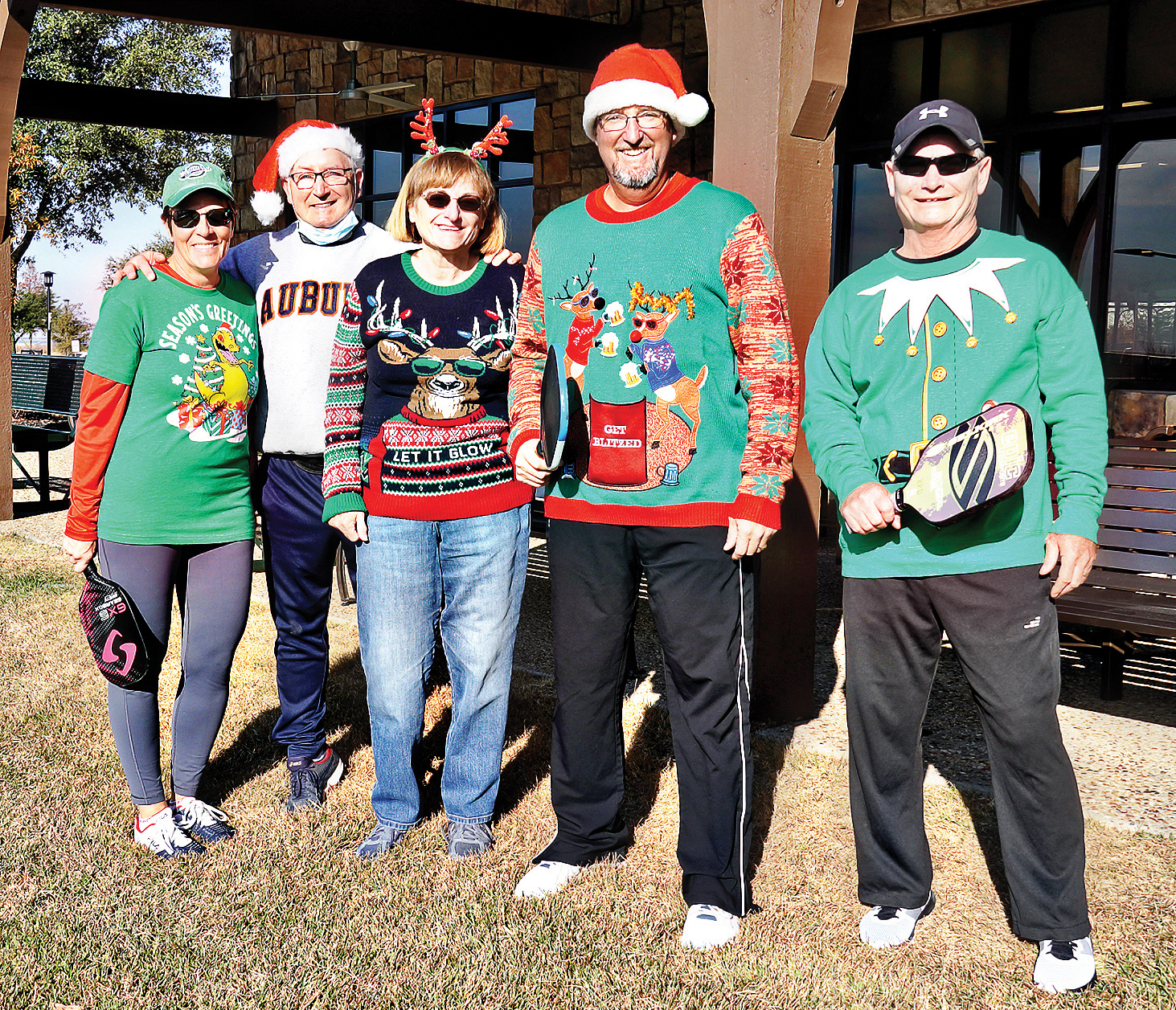 Even though the morning temperature was 43 degrees, the Robson Ranch Pickleball Club filled all 16 courts in an All Club Shootout. The dress for the shootout was holiday festive and many of the players stepped up with some great attire. All 64 players were placed in relative skill levels with the most advanced on the lower number courts and the newest players on the higher number courts. Winners and losers both moved on to play games with new players. The format provides players of all levels the ability to meet new players in social, fun, games. There are All Club Shootouts, C/D (3.0/2.0) Shootouts, and All Women Shootouts. The Pickleball Club would like to thank Carrie Summers, Marilyn Winter, Lee Tarver, and Barb Trotter, who oversaw the All Club Shootout. Also, a big shout out for fabulous cookies made by Monica Daake, Marilyn Winter, and Robson Ranch’s famous chef, chef Forest Bell. Robson’s standup comedian, Lee Tarver, entertained the group with jokes as they moved on to play in new groups. Stay tuned for the next All Club Shootout on Jan. 9, and 3.0/2.0 Shootout on Jan. 23. If you would like to join in the fun of pickleball, check out the club website at www.rrdpc.com. On the club website, you can sign up for the Pickleball Academy, which will teach new players all the basics in three evening classes.