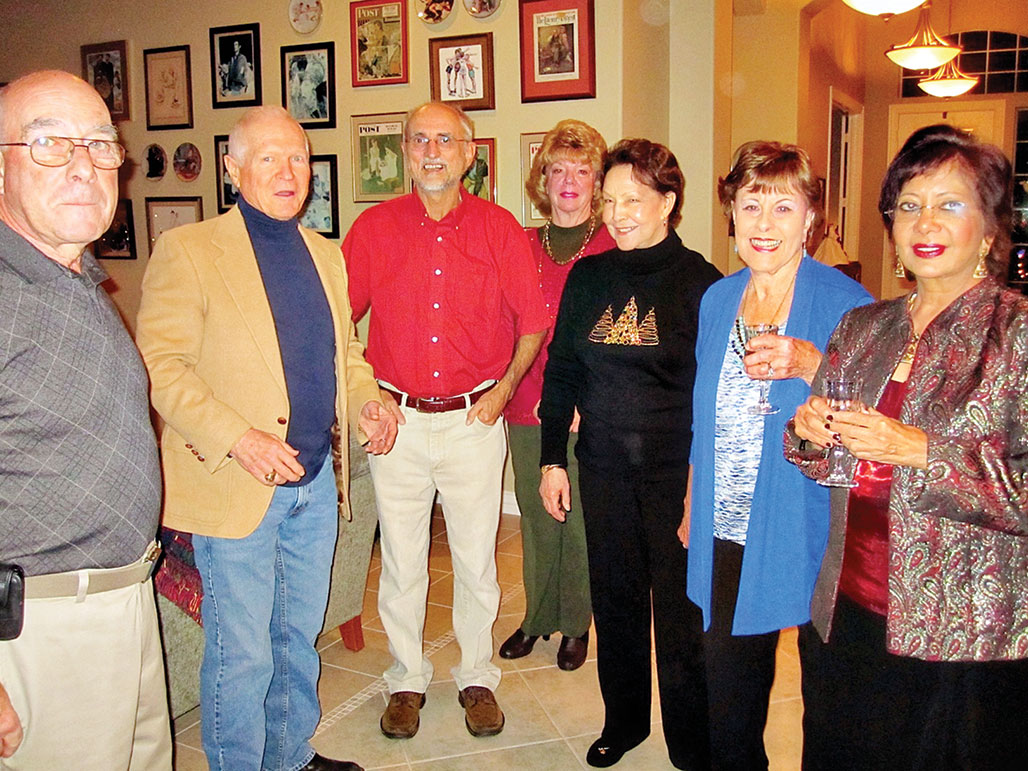 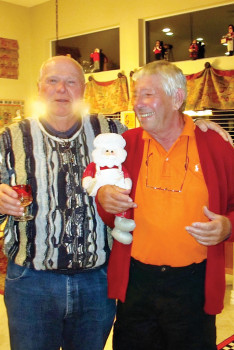 The Wine Stewards welcomed the month of December in true Southern style at the home of Bill and Bernadette Fideli. The festive evening began with a toast of sparkling wine to celebrate seven years of friendship and good times. Brut and Demi-Sec wines, together with a variety of appetizers, put the Wine Stewards in a joyous holiday mood. A sit-down dinner followed that featured honey-bourbon glazed ham and cranberry-port chutney. However, before the guests could fill their plates, a surprise greeted the Wine Stewards. Underneath each plate was a list of 15 Christmas Trivia Questions. Between ham and potatoes and veggies, the wine stewards pondered such demanding questions as “What is Frosty the Snowman’s nose made of?” and “What is the name of the department store that created Rudolph the Red-Nosed Reindeer?” For those of you who answered a carrot and Macys’, bah-humbug! The Wine Stewards know the correct answers.

One of the featured wines during the dinner received special notice. It was Landon Winery 2012 Pinot Noir. Landon Winery is a Texas Winery located in Greenville and McKinney. They are new to the Texas wine scene, having been established in 2004. Their wines have received numerous medals, and the winery won the Best Texas Winery Award for 2010. The Pinot Noir is a light, fresh red wine that is smooth and balanced with spicy undertones of toasted oak and an easy finish.

A glass of port with dessert closed the evening. Port wine is made in the Duoro region of Portugal that has brandy added to it, which stops the fermentation. It is a sweet red wine that comes in a ruby and tawny variety. Most port is served after dinner as a dessert wine. The city at the head of the Duoro River where port wine is put on ships is Porto, thus the name port wine. Ruby ports are the youngest of the port wines. They are very stable due to the addition of brandy and last reasonably well after opening. The Wine Stewards enjoyed a special treat as they sipped a 1982 bottle of ruby port brought by Frank Deardorff. Tawny ports are a blend from several varieties of grapes and are dried longer than rubies. They have a nuttier taste and their color is a deep mahogany due to the increased oxidation in the aging process.

An evening such as this allowed the Wine Stewards to greet the upcoming holidays with a smile and good cheer.