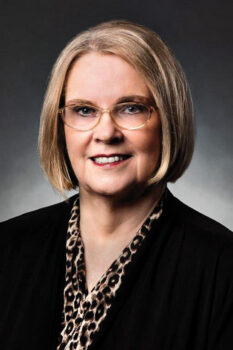 It’s National Census Day! By April 1, every home in America will have received a notification to participate in the census.

Do you know which American community is the first to be counted for the 2020 census? Hint: it’s not in Texas!

Toksook Bay, a remote Alaskan village in the Yukon Delta region on the Bering Sea, will be the first place to be counted by U.S. census workers who will arrive by bush planes, dog sleds, and snowmobiles. There’s a very good reason why this tiny territory (and others in remote areas of Alaska) are counted ahead of the rest of us: when the spring thaw comes to those northern-most places, many residents leave to obtain warm weather work in other areas, which could lead to an incomplete count.

Do you know when the first census was done? Hint: It’s not in recent history.

And while that first census was done exclusively by hand, this year’s version, 230 years later, will for the first time, allow people to answer the census questions online, as well as more familiar methods including mail or phone. The Census Bureau expects that most people will respond online, but everyone will have the option of responding either with a paper questionnaire or by phone with multiple languages available. This year’s questions are very simple and will take only a few minutes to answer. Those who fail to respond will receive follow-up letters and postcards through April. After that, non-respondents will receive a home visit from a census worker.

We are urging everyone to respond, not just because it’s required by law, but because it’s very important to us taxpayers and our pocketbooks here in Denton County.

Why is it so important? Hint: It’s about dollars and cents.

Also, the 2020 Census is an opportunity for some to make additional income. The U.S. Census Bureau will hire an estimated 500,000 census takers across the country to work with individuals to complete the census questionnaire. Retirees, students, and those looking for temporary work can apply. These positions pay an estimated $20.50 to $22.50 per hour in Denton County. Find out more information or how to apply here: https://2020census.gov/en/jobs.

Our Denton County Commissioners are taking this census very seriously. Recently, we met with 21 community representatives and others from businesses and faith-based organizations to talk about the importance and value of the 2020 Census. As a result, several of our Denton County communities have created or soon will set up Complete Count Committees (CCC) to ensure everyone is counted.

Do you want Denton County to get our fair share of federal dollars? Hint: the right answer is yes!

We urge each Denton County resident to be sure and get counted. Please don’t be a part of any undercount!

Are federal funds the only reason the census is important to us here in Denton County? Hint: the right answer is no!

There are actually some very critical reasons as well which will affect our representation both in Austin and in Washington, D.C. Stay tuned for my next column for full details!

If you would like to receive an e-newsletter, please contact Precinct 4 Commissioner Dianne Edmondson at [email protected] and ask to be placed on the email list. You may phone her at 972-434-3960. Her office is located in the Southwest Courthouse, 6200 Canyon Falls Drive, Suite 900, in Flower Mound.