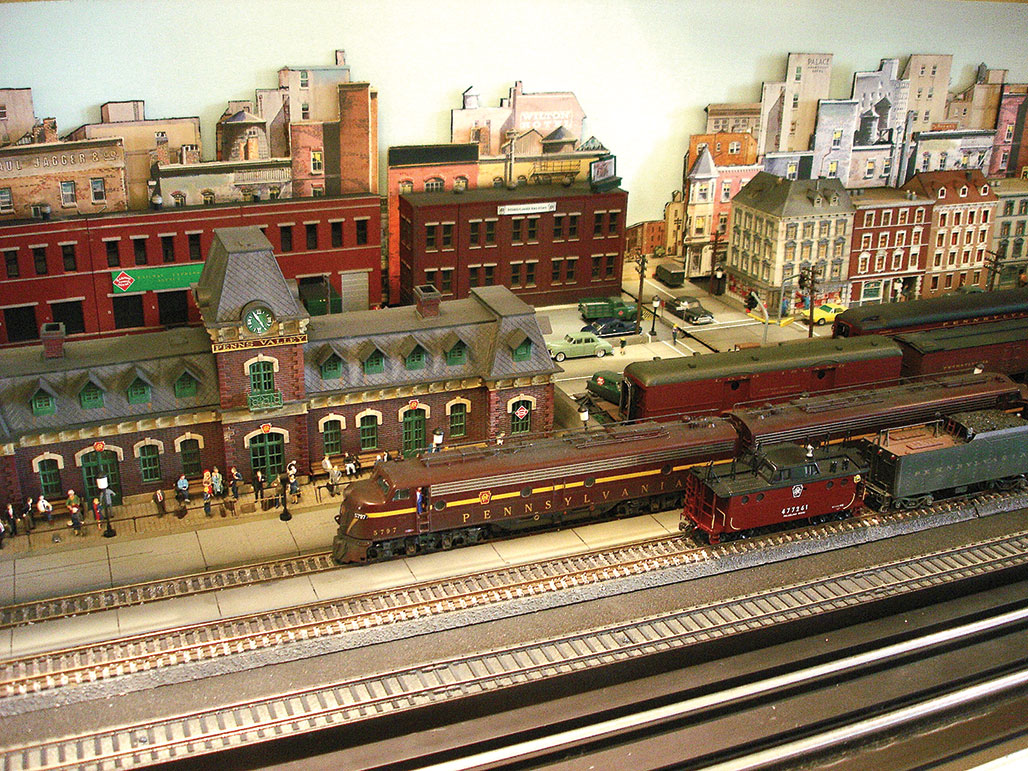 The model railroad scene located in the Arts and Technology display window.

The Robson Ranch Railroaders Model Railroad Club held its last meeting of the year the last week of October. President Charles Runner and Vice President Mike Rogers were re-elected to their positions. Treasurer Rob Denzinger, who was a founding member of the club, has moved from Robson Ranch to Oklahoma. We wish him and his wife Jan all the best in their new retirement setting.

The club window display in the Arts & Technology Building has been revised. The bottom shelf displays two dioramas built by Tom Hoover. The HO scale diorama on the left depicts a downtown scene with the Pennsylvania Railroad Buffalo Day Express train pulling into the station. That train provided service between Buffalo and Penn Station in New York City and then south to Philadelphia and Washington, D.C. The Buffalo Day Express made its last run on April 30, 1971. Tom has created a 3-D effect with the buildings he constructed on his street scene. The N-scale Coast of Maine Lighthouse module is on the right side of the shelf. Tom used a mirror under the vehicle bridge on the right side of the module to give it a very special effect of a longer river than actually exists.

A G-scale Santa Train sits at the station on the top shelf. The center shelf contains a display of various HO-scale models and accessories. The next club meeting is scheduled for Friday, January 9, 2015, at 2:00 p.m. in the clubhouse. All residents are welcome.