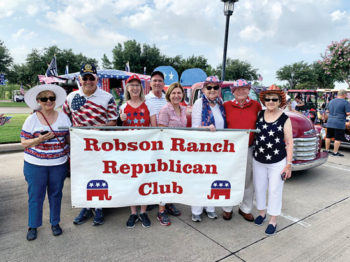 The Robson Ranch Republican Club will begin its fall season on September 4 beginning at 7:00 p.m. (meet and greet at 6:30 p.m.). Meetings are held at the clubhouse the first Wednesday evening of each month. All are welcome to attend.