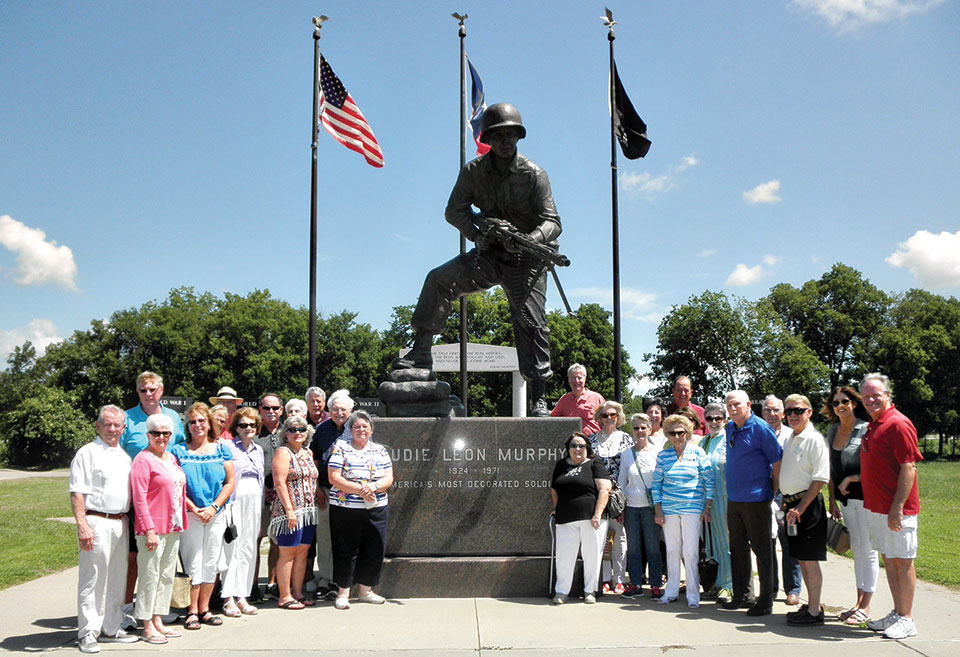 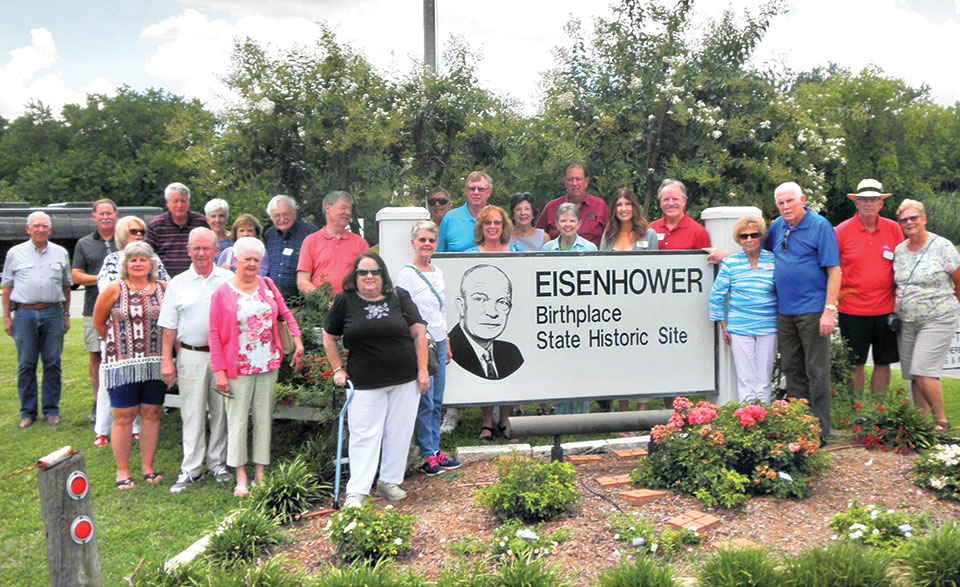 The Robson Ranch Republican Cub recently chartered a bus for a relaxing day trip to two historical sites. First on the agenda was the Audie Murphy American Cotton Museum in Greenville where we learned much information, not only about the humble beginnings of this most decorated World War II hero, born in a country house near Kingston, but also about the booming cotton industry in Northeast Texas. There were many rooms of memorabilia and antiques from a bygone era in Texas, displays from several wars and an extensive collection of knives and firearms picked up by Audie Murphy from the battlefields in Europe. He received the Congressional Medal of Honor and more than 50 additional medals including two silver stars, two bronze stars and three purple hearts. We enjoyed a wonderful lunch at the Landon Winery and Bistro in Greenville with lots of camaraderie and laughter.

From there the bus journeyed to Denison, birthplace of President Dwight Eisenhower. We toured his early childhood home from the 1890s, a small house near the railroad tracks where his father was employed cleaning locomotives used daily for the transfer of bulk cotton from Oklahoma to Mineola in East Texas during the cotton boom years. We enjoyed looking at photos and write-ups about his life in the military, marriage to Mamie, parents’ bios, service to our country in World War II as a five-star general and his life as 34th President of the United States. We watched a short movie on his life and accomplishments and enjoyed hearing stories from the tour guides. One of our members, Dick Leurig, shared some stories on the bus of how he campaigned as a college student with Ike in 1952. We all enjoyed hearing his stories!

The Republican Club trip was a great success, and we plan to take more road trips in the future.