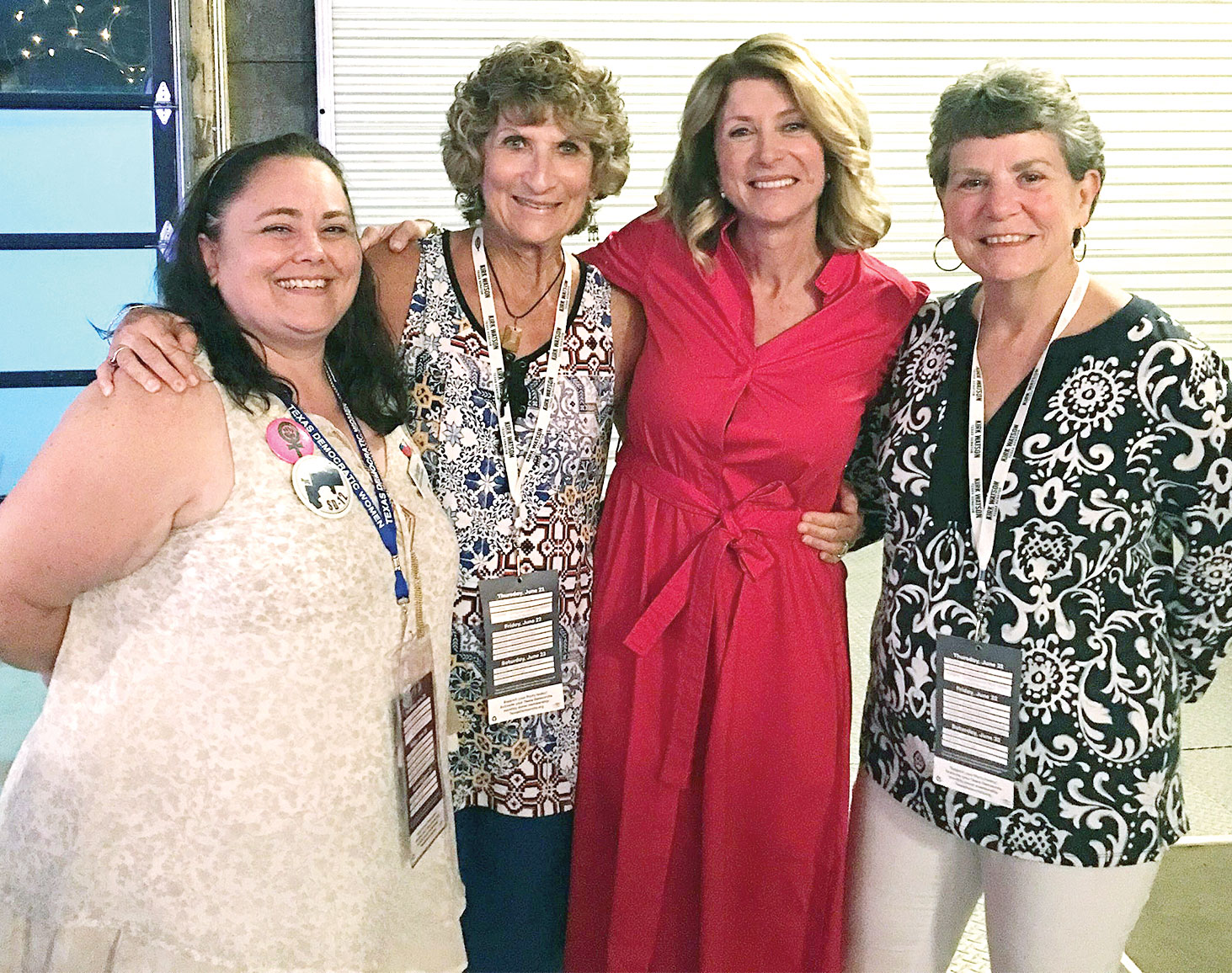 Rallying with Wendy Davis to “unite women and drive change”

Nearly 8,000 Texas Democrats converged in Fort Worth in June for the 2018 Texas Democratic Convention. The Texas Democratic Party’s state convention, touted as one of the party’s largest such gatherings in the country, is second only in size to the national convention. And among those attending as delegates were Robson residents Phyllis Ayers, Kara Engstrom and Vicki Baker.

Democrats certainly have the candidates ready and willing to ride the blue wave contesting 133 of the 150 state house seats and 14 of the 15 state senate seats. Additionally, candidates are running in all 36 congressional districts. The days were filled with keynote speakers where we heard from El Paso U.S. Representative Beto O’Rourke running for the Senate, Lupe Valdez running for governor, Mike Collier running for lt. governor and Kim Olson running for agriculture commissioner, among a slew of other statewide candidates ranging from U.S. House representatives to Texas state representatives and senators and judgeships.

Over the three-day period we attended a host of caucus meetings ranging from women’s causes to immigration, public school funding, labor issues and gun violence. Another key moment during the convention was the election of party leaders. We hammered out the state Democratic platform setting the direction for the party’s future based on its core beliefs focusing on public education, infrastructure, immigration reform and health care.

But the action didn’t stop at the end of the day or within the confines of the FW Convention Center. We attended “after parties” at local business establishments including Wendy Davis’s “Deeds, Not Words” rally.

Throughout the convention, an electricity and energy filled the air. Democrats have so many strong advocates representing our ideals. It was an unforgettable opportunity to spend time with other passionate Democrats, as well as hear empowering speeches from statewide leaders. By serving as delegates we became a part of something larger than ourselves, all in the idea of bettering the American way of life.