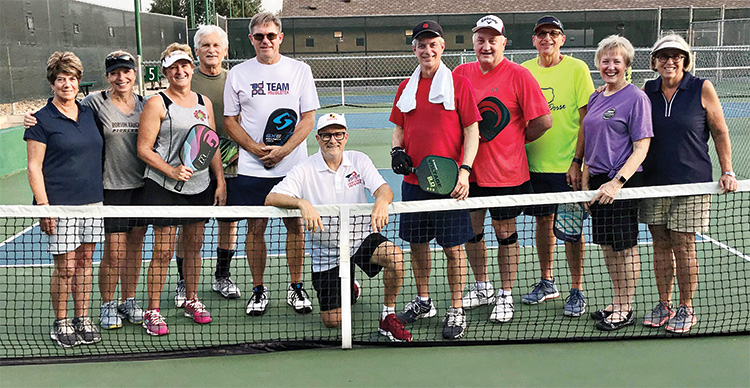 The club’s first league play wrapped up on August 8, with our championship matches. Starting the last regular season week, four out of six teams had a chance to make the championships. But we could only have two finalists. The championship match featured Steve Farabi, Susan Beggs, and Steve Kucharski versus Barb Wise (sub: Mark Kellam), Nolan Gunnoe, and Steve Courtney. Congratulations to the 2019 Summer League champions, Barb Wise, Nolan Gunnoe, and Steve Courtney with help from subs, Mindy Kazdan and Mark Kellam.

Thanks to all the players and subs that made the first league an exciting and fun time. League play should continue to grow in the Robson Ranch Denton Pickleball Club.