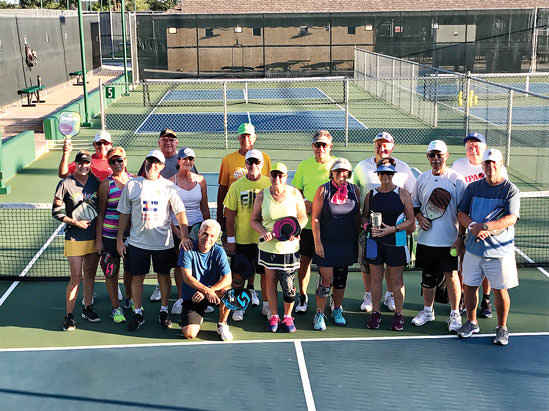 With the success of other club leagues (softball, bocce, Texas toss), Robson Ranch Denton Pickleball Club has started league play. The pickleball club has over 450 members and the desire for more avenues to play is growing.

Our first league is from our “A” players. In this league, selection was based on players USAPA 4-digit UTPR. The top 18 UTPR rated players were selected for the teams, and the remaining players were substitutes. Each league night, teams played a round robin match format of three games. Each game was one to 15, win by two. Each player played two of the three games. League commissioners were Ford Roberson and Mark Kellam.

League play is on Thursday night at 8:00 p.m. and matches will last for about an hour. The schedule began on Thursday, June 27, and continued through August 1. A league champion was crowned with a playoff of the top two teams on August 8 (details to come).