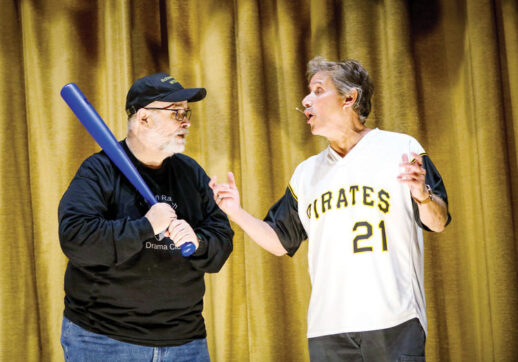 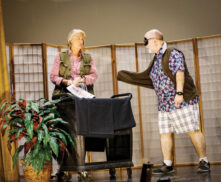 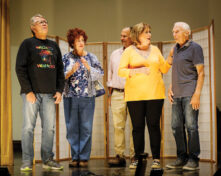 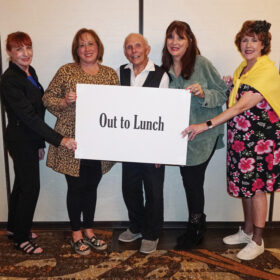 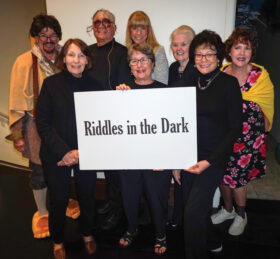 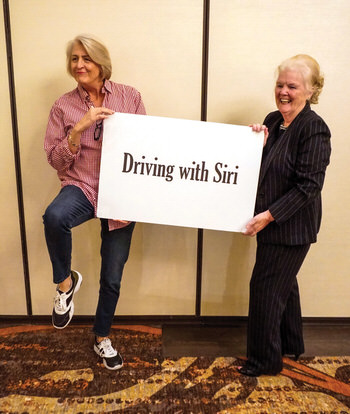 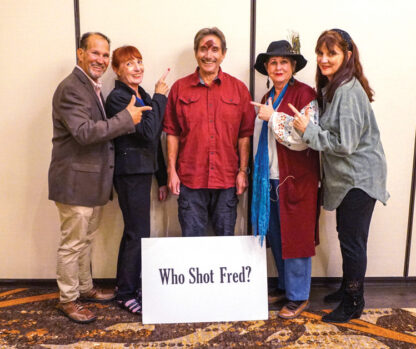 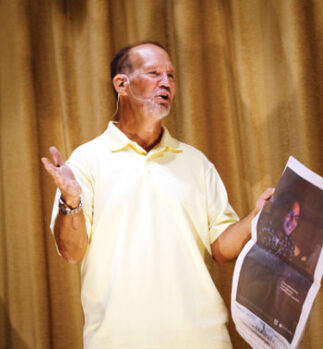 Over 140 Robson Ranch residents attended the performances by your Robson Ranch Drama Club—all cast and crew comprised of your friends and neighbors at Robson Ranch.

The format was new and different—nine short skits, including a unique table read based on the Hobbit series. Directed by Candy Anderson, the actors were David Blassingame, Don Taylor, Julia Grier, Linda Buishas, Mary Taylor, Belynda Figueriedo, and Andrea Fisher.

Other skits were as follows:

“Out to Lunch” could have been filmed at the RR Grill, starring Jere Bone, Ronda Gunther, Kathy Jacobs, Belynda Figueriedo, and Vicki Parr

“Angel in Disguise,” directed by Kathy Jacobs and starring Ronda and Tom Gunther

And, finally, one we can all relate to was “Amazon Echo Silver,” starring David Blassingame, Jere Bone, Belynda Figueriedo, Jamie Baggett, and the “Alexa” voice we all want, Julia Grier.

Skits not noting a director were directed by Club Vice President Doug Akins.

Mark your calendar, as the next performance will be March 26, 2023. If you want to be involved, please reach out to President Mary Ornberg at [email protected] Meetings are held the second Thursday of each month at 6 p.m. Watch for the location on the HOA announcements.