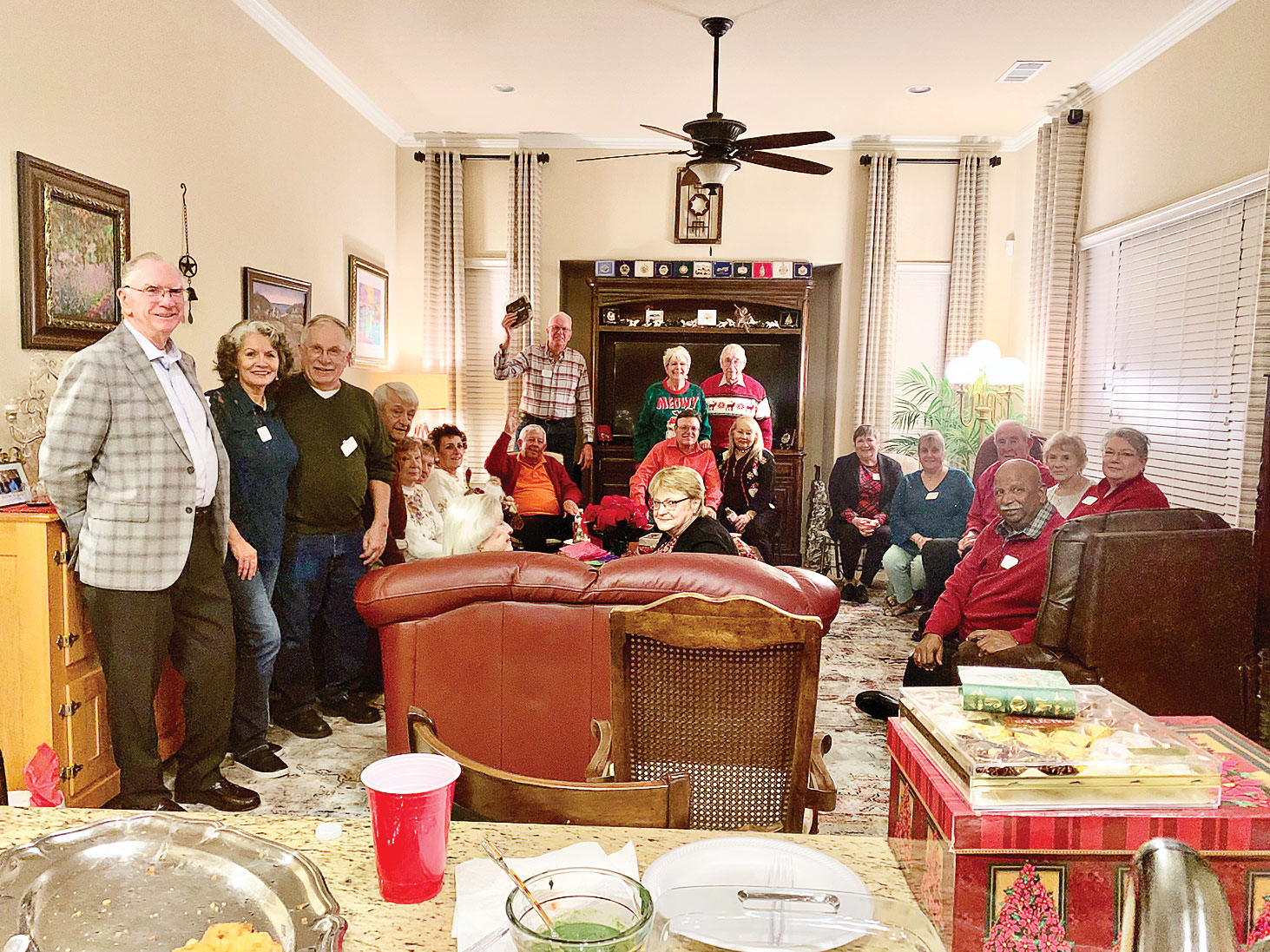 It has been some time since an article has been published in the Pioneer Press on International Club Activities. The writer has been globe-trotting around Africa, Europe and other parts of the world. However, the club members have continued meeting every month. We have added new members and have lost some due to their moving away and, sadly, some have passed away.

We met in September at Marie-Christine Koop’s house. She had prepared delicious quiches and the members brought appetizers and desserts. The meeting was well attended. On October 18, the members were invited to my house on Grandview. The weather cooperated with us and everyone enjoyed sitting outside on our large patio. I had prepared some Indian appetizers and a rice dish and the members brought delicious appetizers. Alfred made his famous pineapple and fresh cream cake. The November meeting was held at a restaurant; there were twelve members in attendance. We had serious discussions regarding electing new officers for 2019. We hold elections every two years and there were vacancies for president, treasurer and sunshine person.

Suggestions were made at this meeting regarding filling these vacancies and were discussed with the Executive Committee on November 27, 2018.

The December meeting was held at Lenie and Loren Christensen’s home. They continued their tradition of hosting the Christmas meeting at their home. The hosts prepared chili con carne and corn bread and the members brought appetizers and/or desserts.

We welcomed new members: Vijay (from India) and his wife Martha Michael as well as Rene and Ann-Marie Doyen (both are from Belgium).

We continued the tradition of exchanging wrapped gifts, opening them and then stealing them from each other, which is always so much fun. The rule within the club is that gifts can be stolen only twice. There was Christmas spirit all around us. We finally said goodbye, wishing each other Season’s Greetings and best wishes for the New Year.