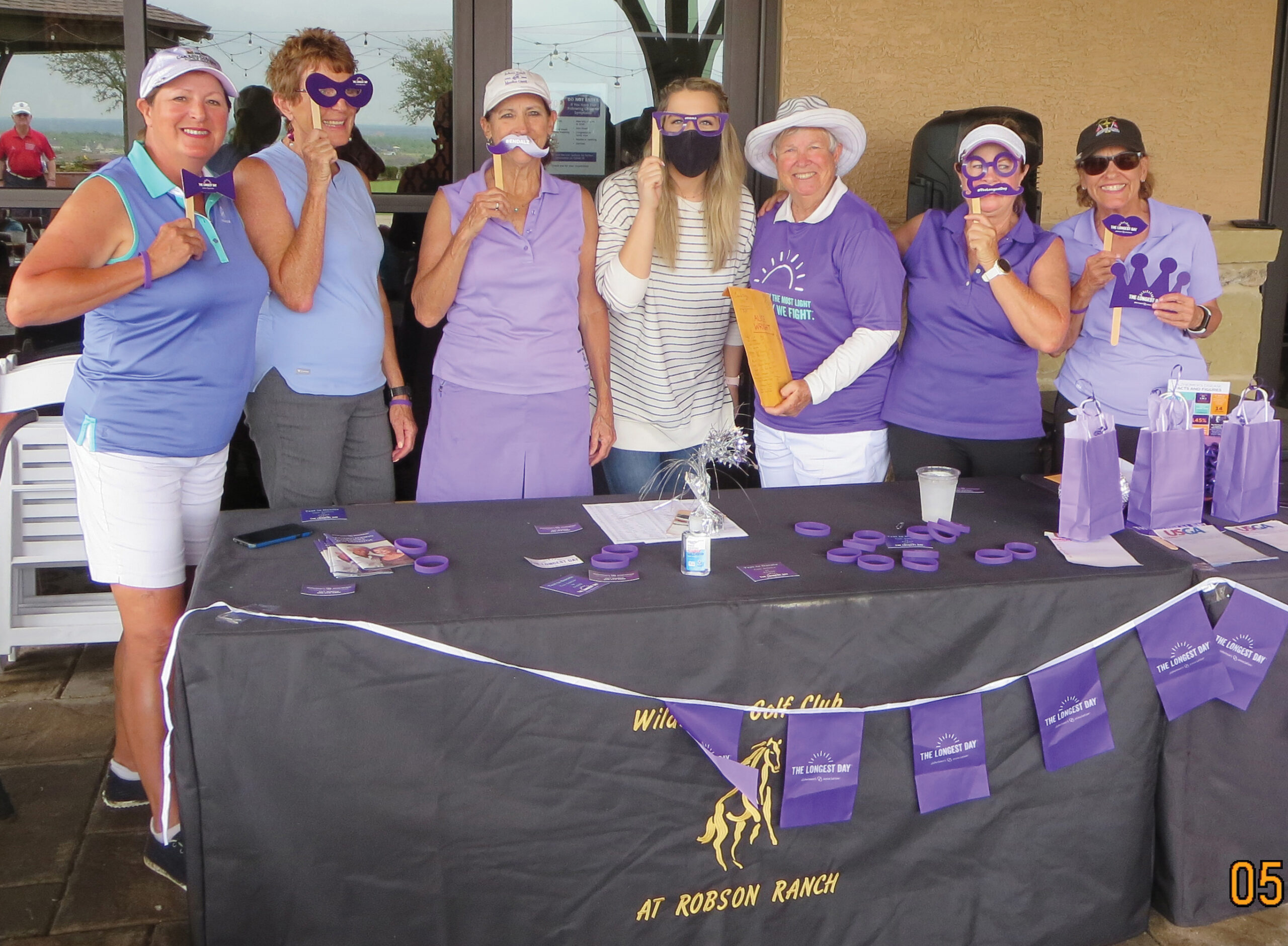 Robson Ranch held the second annual Alzheimer’s Golf Tournament on May 22. This year, the Robson Ranch Community raised over $11,000 for this event. All monies received went directly to the Alzheimer’s Association. The contributions came from golfers and non-golfers all over the Ranch and we surpassed our goal for donations for the second year in a row!

Many thanks go to the Golf Tournament organizer, Alice Wright, and her committee that consisted of Cindy Sterling, Linda Scott, Connie Griswold, Gale Hicks, and Lea Ann Kirby; with the help of our director of golf, Craig Pullen, and his staff, and our food and beverage director, Jeremy Trietsch, and his staff who prepared lunch for us after golf.

A representative of the Alzheimer Association, Katherine Giere, came by Robson Ranch after the tournament and was very happy at how much Robson Ranch raised for this great cause. All the golf tournament participants were very generous in signing up for the “extras” we had during the tournament, which only meant more donation money and also paying “over” the cost of the tournament, which resulted in more donations. The “extras” included purchasing memory flags in memory of a person that suffers or had suffered from Alzheimer’s, and also a chipping contest.

Thanks again to all those that donated, participated, and gave of your time to make this event such a huge success!