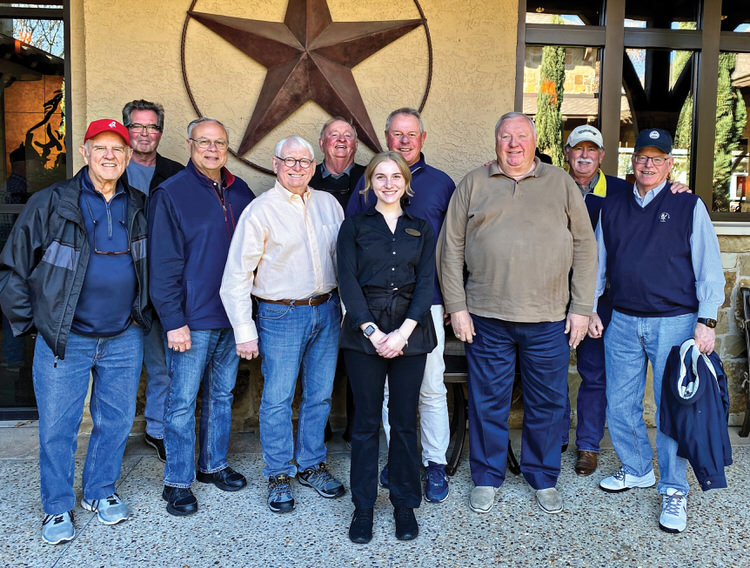 The Sigma Chi Brothers filled a table at the Wildhorse Grill on a windy, cool day for their January meeting. After the holidays, the group was eager to get together for a good lunch and to share some brotherhood. Brother Mick Fox, the Chapter Chaplin, began the meeting with a prayer. Topics of new business were the new Hunter Ranch development, politics, sports, and new restaurants. After a unanimous vote of the Brothers, Alexis was voted honorary Sweetheart of Sigma Chi for January. The group remains on double secret probation at the Ranch! Any Sigma Chi Brother living at the Ranch who would like to join the group, contact Brother John Humphries at [email protected]