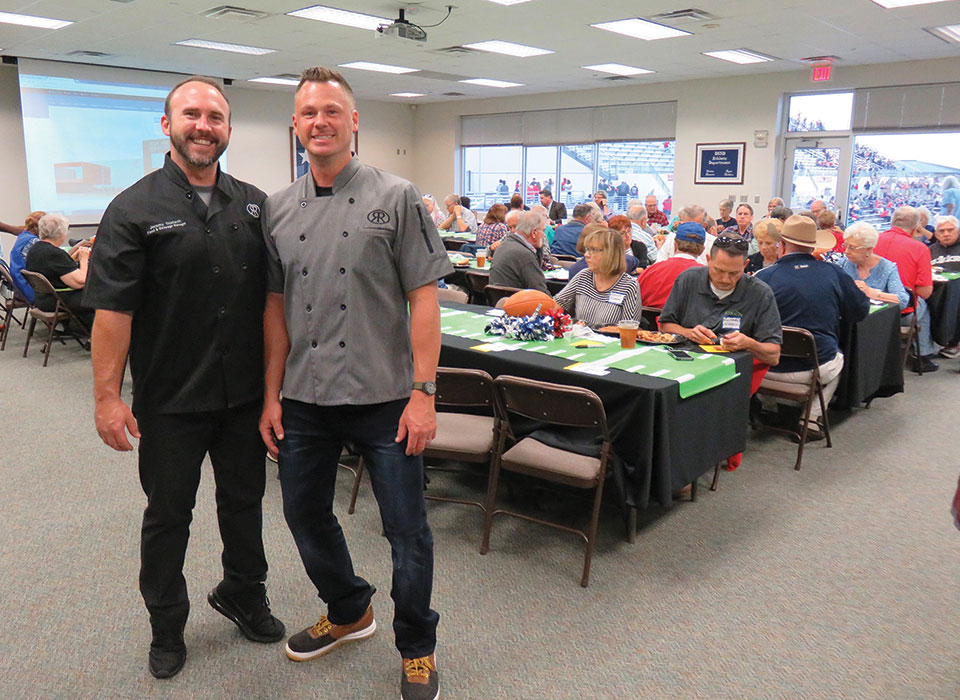 As you can tell from the picture we had a full house and a good time was had by all.

The After Schoolers Club, Robson Ranch Mentors and other Denton School volunteers were treated to fun, food and football on September 28, 2017. The school district provided a bus to chauffeur us from Robson Ranch to the C.H. Collins Complex in Denton. The game was between Denton High and Ryan High and was nationally televised on ESPN2. Both teams played a hard game, and the half-time show was fantastic.

We were treated to hamburgers, beans, homemade chips and cupcakes provided by our very own Wildhorse Grill. Our many thanks to Rhett and Jeremy for their generosity and stepping up to support our schools.