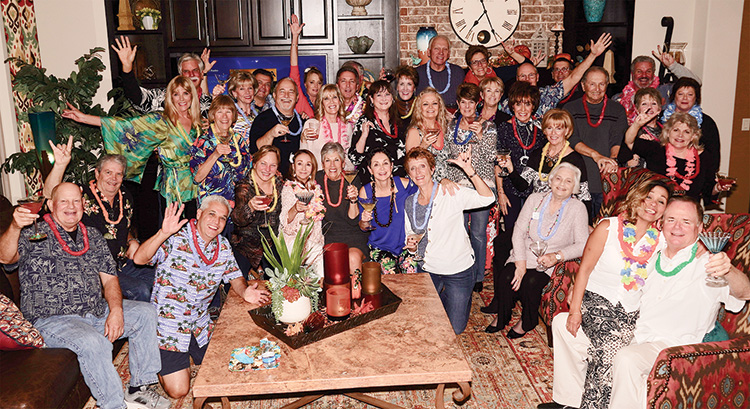 The House Band (host) for the November meeting of the Rock and Roll Martini Group was Charley and Kawika Cotner. Kawika, Hawaii’s most famous resident, and Charley, dialed up another fabulous Hawaiian themed party. Of course, everyone received a Hawaiian lei to celebrate the evening. The history of the Hawaiian lei dates back to the first Polynesian settlers, who introduced the lei to the Hawaiian Islands as a sentiment of love, friendship, celebration, and in honor of the Hawaiian Gods. Charley and Kawika served up Hawaiian kalua pork, macaroni salad, and cake. The Rockers (members) and guests added in an assortment of appetizers and desserts. The Cotners provided two martinis including a sandy beach pineapple and a big island cosmo. Music was centered around the Hawaiian theme. And again, it was a blow out of a party! Until next month, ROCK ON!