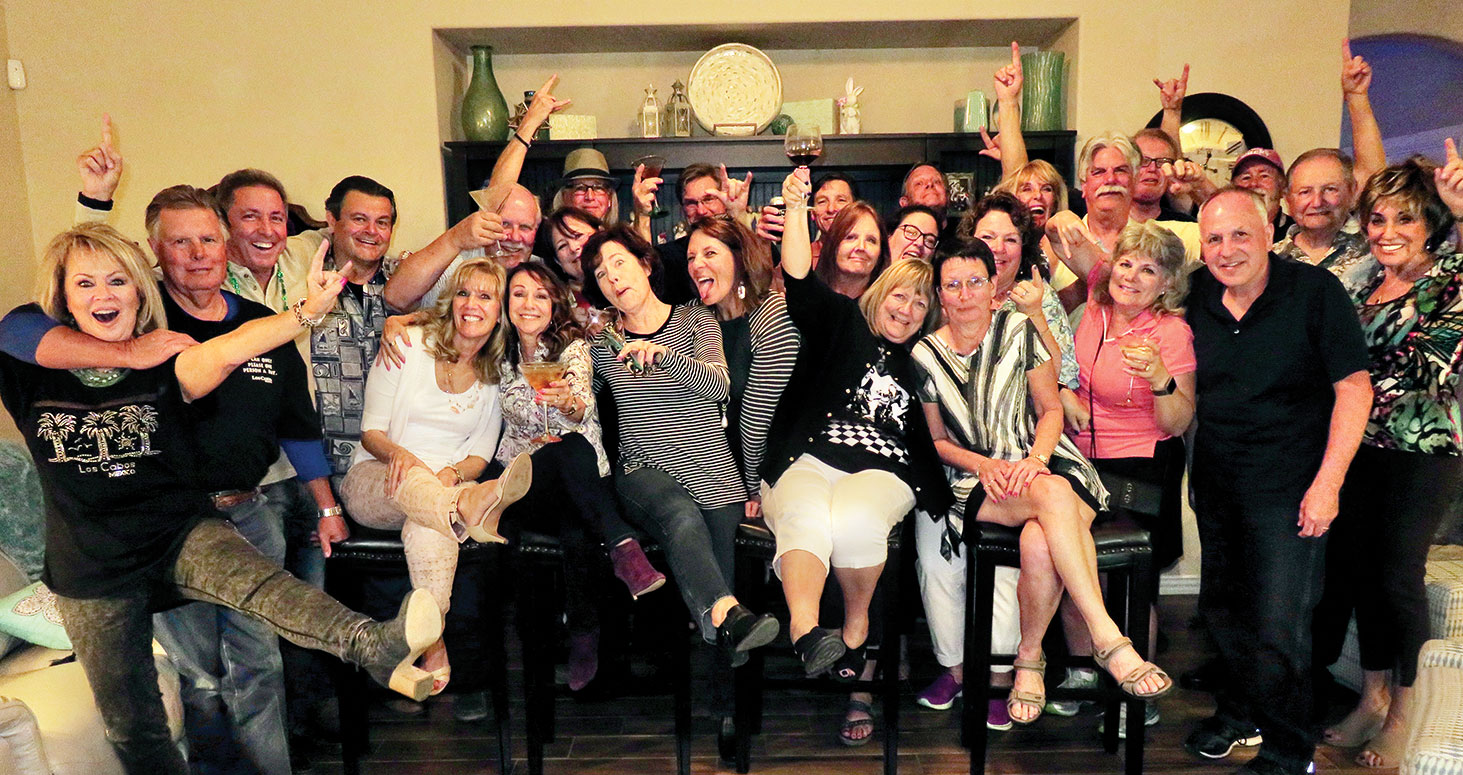 The House Band (host) for the March meeting of the Rock and Roll Martini Night was Karen and Katlin Barbati. The House Band gets to pick the Rock and Roll band and Karen and Katlin picked their favorite, Billy Joel. Billy Joel has had 33 Top 40 hits and 23 Grammy nominations since signing his first solo recording contract in 1972. In 1990, he was presented with a Grammy Legend Award. Inducted into the Songwriters Hall of Fame in 1992, Joel was presented with the Johnny Mercer Award, the organization’s highest honor, in 2001. In 1999, he was inducted into the Rock & Roll Hall of Fame and has received the Recording Industry Association of America Diamond Award, presented for albums that have sold over 10 million copies. The Rockers (members) brought appetizers and desserts with a New York/East coast theme. The martinis were also geared to the event. Karen and Katlin stirred up “Long Island Iced Teas, Uptown Girl Cosmos and classic martinis”. After everyone had a “few” rocking martinis, the dreaded karaoke machine was rolled into action. Many wanna-be Billy Joels tried their hand at belting out some classic hits. Everyone definitely sounded better as the night wore on. Two individuals who were recently inducted into the Rock and Roll Martini Group Hall of Fame, Jeff and Paula Sales, came by for a special visit as they continued their RV across the nation tour. It was definitely a Rock and Roll evening. Until next month, Rock on!