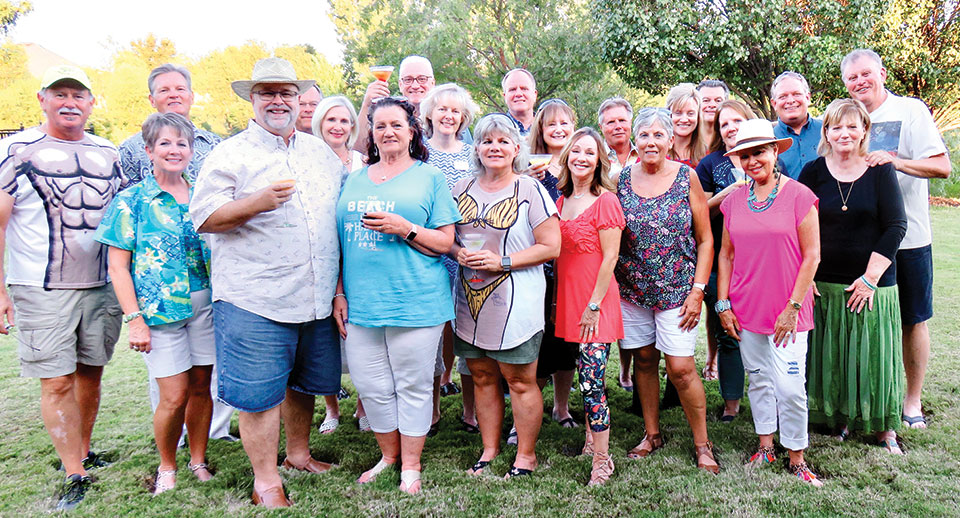 The house band (host) for the July meeting of the Rock and Roll Martini Group was Susan and Barry Joyce. With the summer well underway it was appropriate that the Beach Boys were chosen as the featured band. The Rockers (members) enjoyed three martinis/drinks carefully chosen to match the evening. Long Island Iced Tea, Harvey Wallbangers, Watermelon Majoitos and for those that did not have a 7:00 a.m. tee time, Templeton Rye shots. The Rockers wore beach flip flops, California and beach attire. Beginning their career as the most popular surf band in the nation, the Beach Boys finally emerged by 1966 as America’s preeminent pop group, the only act able to challenge (for a brief time) the success of the Beatles with both mainstream listeners and the critical community. From their 1961 debut with the regional hit Surfin’, the three Wilson brothers, Brian, Dennis and Carl, plus cousin Mike Love and friend Al Jardine constructed the most intricate, gorgeous harmonies ever heard from a pop band. Rocker Barry Joyce was also appointed Rock and Roll Martini Group Historian for his vast knowledge of Rock and Roll. The Rockers had fun, fun, fun until Barry took the martinis away. Rock on!