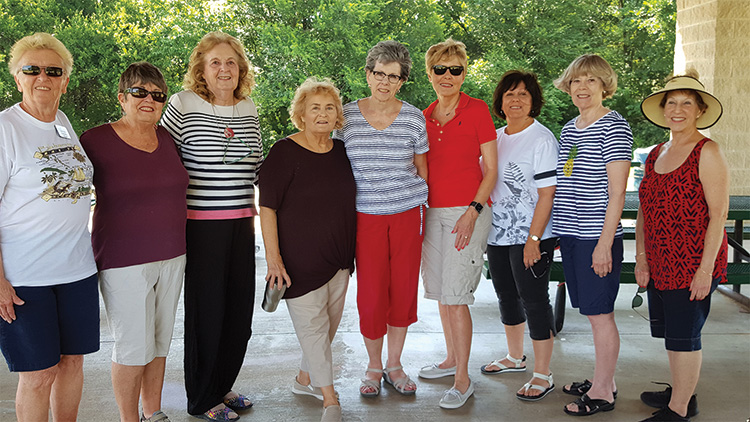 No ants at this picnic or cookout! The Rocking Red Rancher’s kicked off summer activities with a picnic at Hobson Park in Denton. The day was sunny and the temperature moderate – great weather for a picnic! Which Wich Sandwich Shop provided box lunches, and hostesses brought fun and games. There were activities for everyone. Who can putt into that automatic putting machine? It wasn’t easy! Who scores the highest in Texas Toss? Who can wrap that Toggle Toss on the lowest bar? The windy day ruled out the balloon game, but a good time was had by all. Everyone played and the highest scoring players received medals just like the Olympics. The group even mustered up a rendition of the national anthem for the grand winner, Rosemary Simecek!