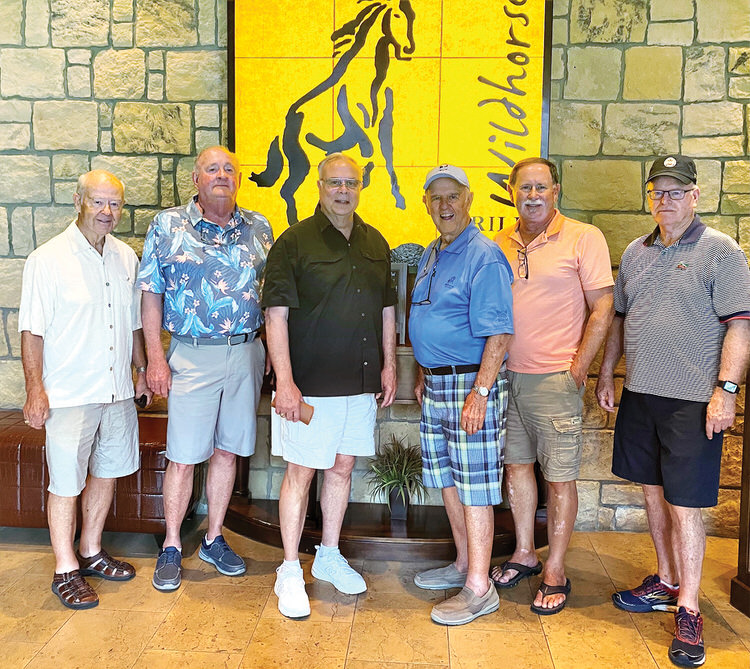 The July meeting of the Sigma Chi Brothers was held at the Wildhorse Grill. Since July is generally a high travel month, we had a number of Brothers missing. This month we initiated a new Brother to the group. Harvey Layman joined in the monthly meeting and met all the Brothers present. Discussion was held on many topics including the recent UT and OU move to the SEC Conference. Brother Gregor Smith, a UT graduate, gave a good overview of the move. Other topics included, future move to electric vehicles, golf, Olympics, and politics. The honorary Sweetheart of Sigma Chi for the month was Amelia. The group remains on double secret probation at the Ranch! Any Sigma Chi Brother living at the Ranch that would like to join the group, contact John Humphries at [email protected]