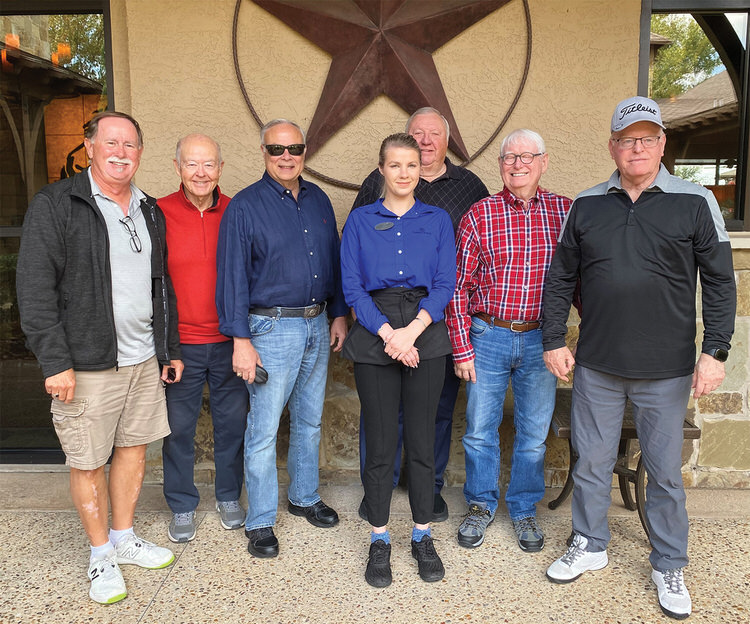 The Robson Ranch Sigma Chi Brothers held their December Christmas meeting at the Wildhorse Grill. Six Brothers were able to attend, as many were traveling or golfing on a beautiful December day. Brother Mick Fox, the Chapter Chaplin, began the meeting with a prayer. Topics for the month were rising home prices, travel, and holiday plans. A unanimous vote by the Brothers elected Campbell as the honorary Sweetheart of Sigma Chi for December. The group remains on double secret probation at the Ranch! Any Sigma Chi Brother living at the Ranch who would like to join the group, contact Brother John Humphries at [email protected]