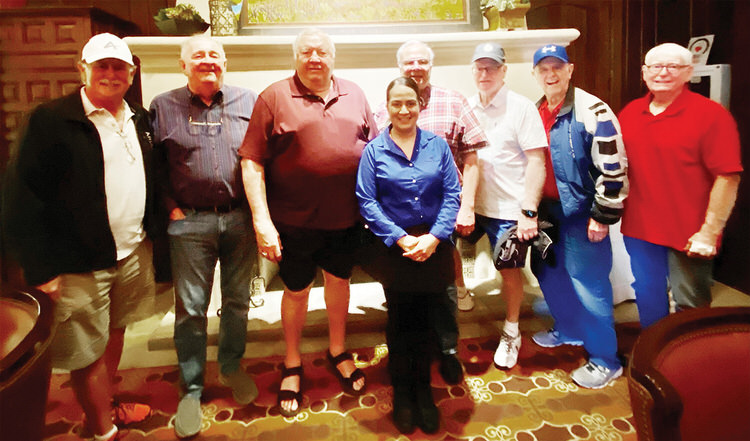 The Sigma Chi Brothers at Robson Ranch held their May meeting at the Wildhorse Grill. Brother Mick Fox began the meeting with a prayer. The Brothers rehashed the great Derby Day event that was held at the beginning of the month. Thanks again to Brother Chuck Newcomer for the coordination of the Derby Day event. Other topics of the month were the planning of the upcoming July 4th float and get-together at the Chapter House, estate planning, and recent property tax appraisals. The honorary Sweetheart of Sigma Chi for May was Gloria. The group remains on double secret probation at the Ranch! Any Sigma Chi’s living at the Ranch, who would like to join the group, contact John Humphries at [email protected]