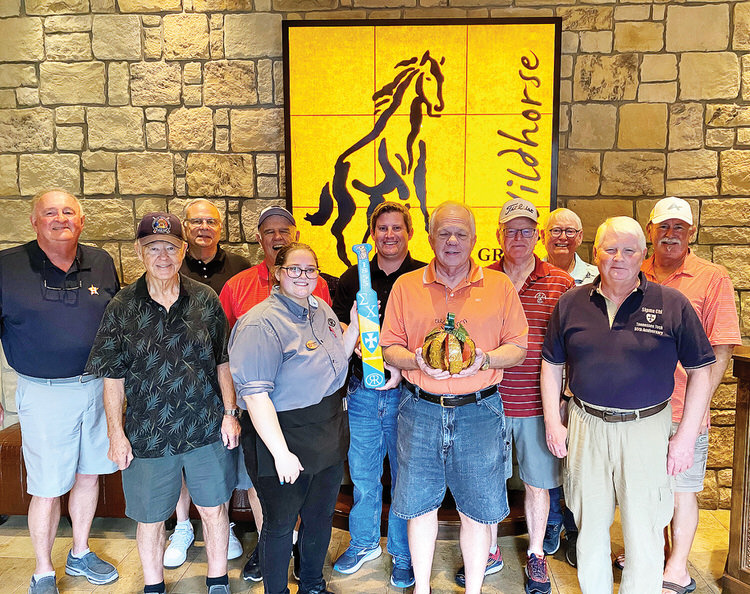 Brothers Dave Deibel and Mick Fox had to leave early and were not able to be in the picture.

The Robson Ranch Sigma Chi Brothers held their October meeting at the Wildhorse Grill. It was a record turnout, with 12 Brothers attending. Brothers Justin Lemish and Dr. Tom Grooms were also able to attend. Dr. Tom Grooms was the founding member of the Chapter. Brother Mick Fox, the Chapter Chaplin, led the group in a prayer before the meal was served. The new business consisted of the upcoming World Series, COVID-19 stories, and, of course, golf. There was a unanimous vote to have a Derby Day party at the Grill. The brothers nominated Jaida as the honorary Sweetheart of Sigma Chi for October. Jaida was an instant favorite of those attending. The group is still on double secret probation at the Ranch!