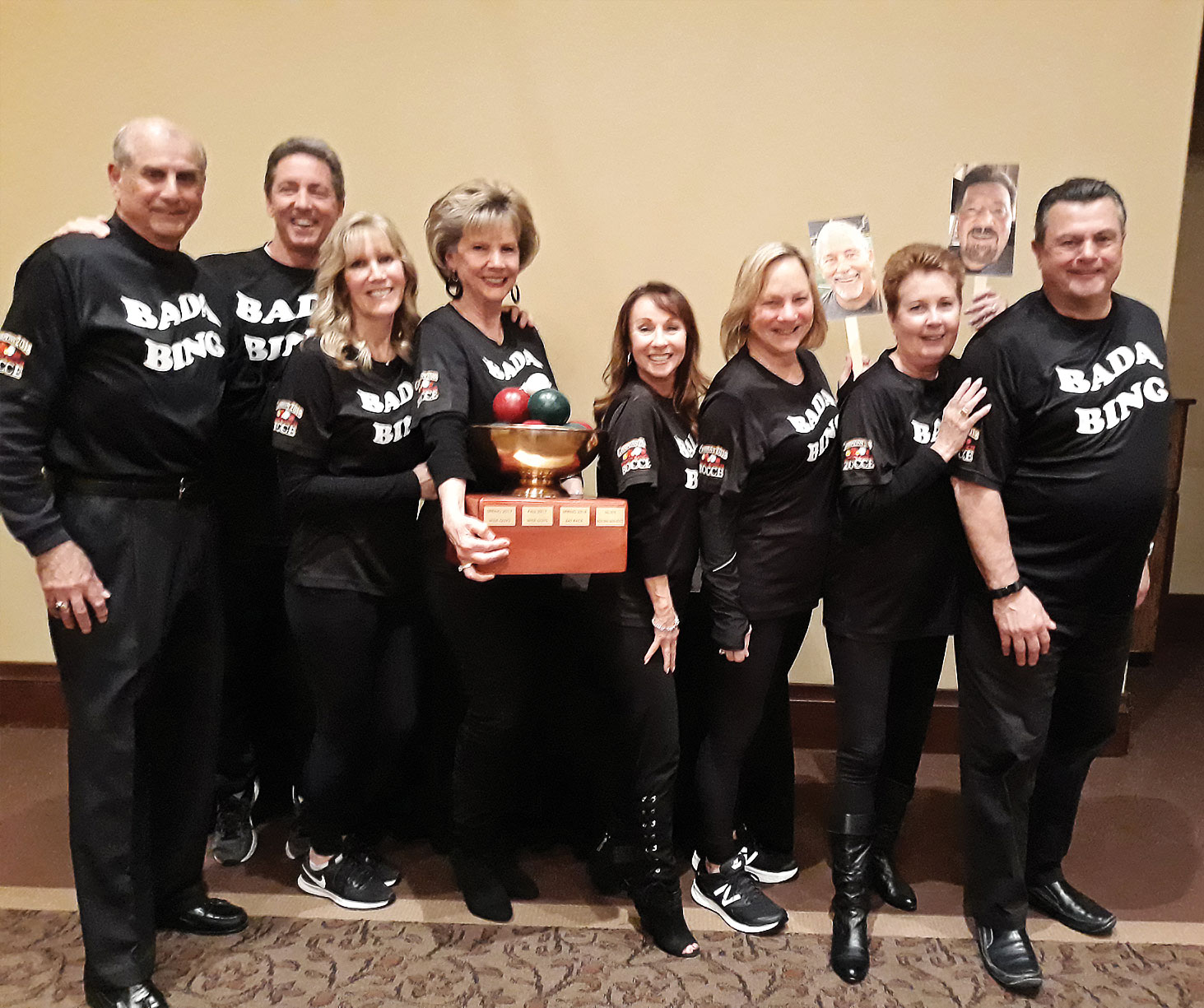 The Bocce League at Robson Ranch has sprung right into the spring and is off to what is expected to be a very busy ten-week season. With the addition of our fourth division, the Baccala Division, the total number of teams is now up to 40. Play is on Wednesdays and Thursdays at 4:00 p.m. and 6:00 p.m. The weather and daylight have both been very cooperative. Fortunately, the balls weigh enough that they are not affected by some of the brisk breezes that occasionally touch the Grill on the Hill. With only a few weeks into this session, team rankings within divisions are still at the “too early to tell” point, as to which ones will take a decisive hold on the top places.

Prior to the start of formal match play, the League offered several days of practice and orientation for new players and some of the “experienced” ones. These sessions were held in the clubhouse ballroom and stressed how to play the game, local rules and some basic strategies of play. Another orientation day focused on setting up the court next to the Grill patio, and how to roll on the not-so-flat surfaces of our four-court layout.

On February 27, members of the Bocce League met at the clubhouse for a group mixer. Nearly 200 members attended the event. Our President, Frank Cianci, presented the newly-created trophy, the Bocce Bowl, to team Bada Bing Bada Bocce, winners of the fall 2018 Bocce League Championship. The winning team keeps the trophy until it’s handed off to the winner of our spring 2019 session playoff champions. Of course, playoff teams also participate in our ever-increasing prize money packages!

There are now over 500 players in the league and interest keeps increasing. Already, residents have inquired about forming new teams, so we’re considering adding a fifth division for the fall 2019 season. That new division would play Tuesday evenings. If you would like to play, contact Frank Cianci at [email protected] with your name, email address, and best contact telephone number. If you would like to put together a full team, send the list of your ten players and the name of your team captain. If past experience is any indication, the new division will fill up fast, so don’t wait!

If you want to see what all the Bocce excitement is about, come by and join the fun, have a beverage and cheer on your favorite team!