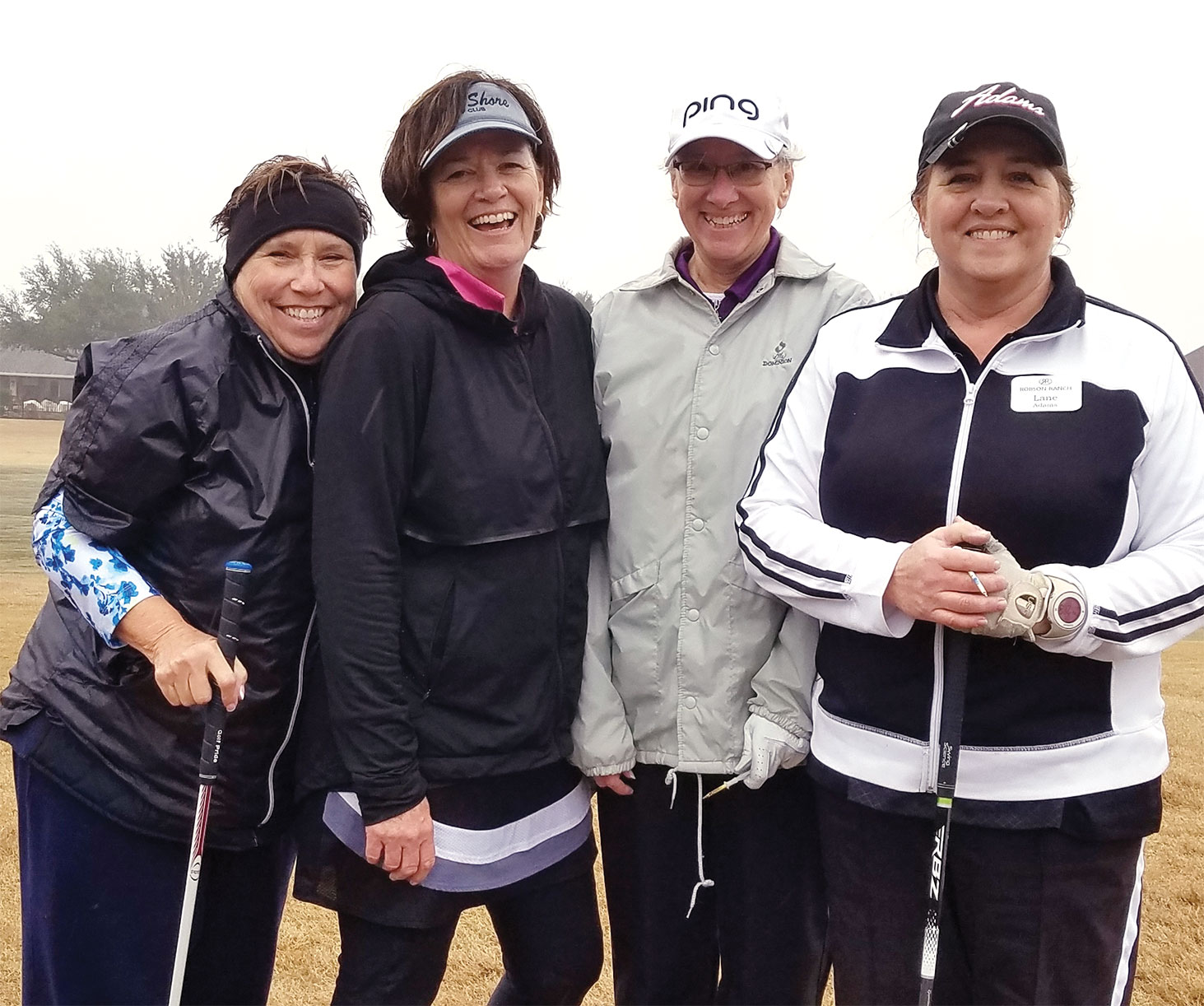 Swingin’ in the rain, just swinging’ in the rain…just a hint of what the first day of play for the Wildhorse Lady Niner’s was like. March 12 was the WLN’s opening day for the 2019 season. Optimistically, 67 ladies signed up, with 23 ladies completing the nine holes. There were lots of moans about not taking photos, but these ladies should be celebrated, they embody the spirit of the WLN, good attitudes and smiles, despite the conditions.

Following golf, they joined the rest of the ladies for a warm lunch and the first general meeting of the year. Business was conducted, with committee reports and announcements. The new PGA rules adopted and implemented in 2019 were the main focus of the meeting. Roger Martinez, our new golf manager, spent some time going over two new rules about out of bounds balls and lost balls which will likely affect us the most. Jamey Siefert passed out a fun “test” on some of the new rules. The WLN board yesterday formally adopted a new local rule at our board meeting. It is something we already had in the new member packet, but it will be included under local rules from now on. Mary Burke announced our first travel day will be on May 21 at Turtle Hill.

Throughout the meeting, there were door prizes given out, winners for playday announced, a prize for the rules test winner and someone guessed the number of tees in a big jar. (I think they won the tees.) St. Patrick’s Day was the theme of the day with green and gold on the tables and for the dessert, what else, a pot of gold at the end of a rainbow!