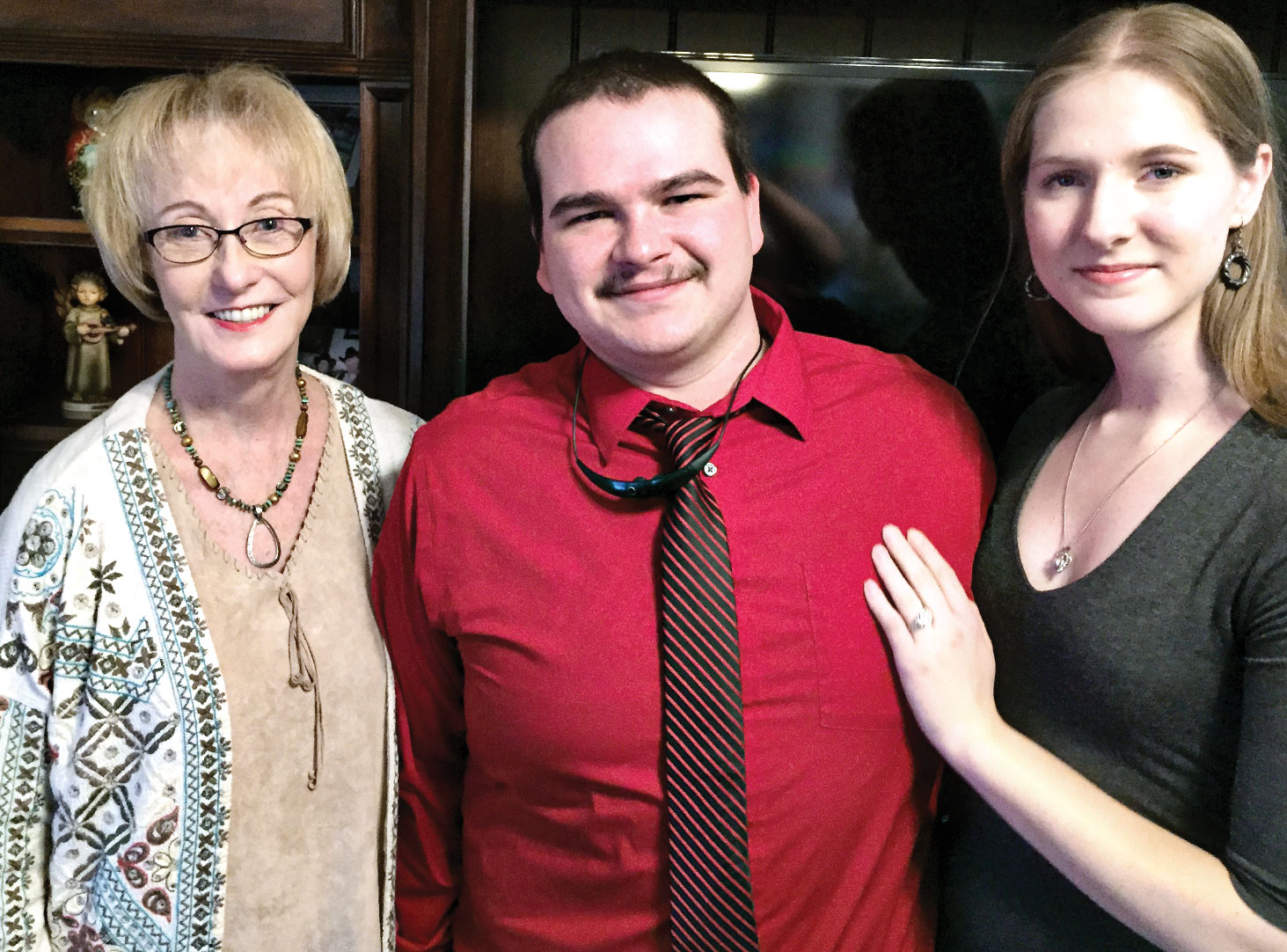 We were puzzled to see a young man at one of the tables, and found out later that he was the star of the program!

After Jois Ross began the meeting, we all joined in celebrating her tenth anniversary as director of the Lunch Bunch. We thanked the Lord for giving her the call to serve us.

Speaking of the call to serve, our speaker, Renee Carlson, truly demonstrated how that looks and feels.

Renee was informed about and encouraged to become part of the CASA Program, which provides a Court Appointed Special Advocate to champion the cause of children who have been abused. There is a tremendous need for CASA workers, who take the case of a child, or, in Renee’s case, a group of siblings, to help them navigate the court system. Renee heard the warning that though it is rewarding, the path is difficult, with piles of paperwork, interference from family and government regulations, strange and stressful situations and the probability of heartbreak. Her response? “I don’t want to do this!”

And yet, the Lord would not let her dismiss His call to serve, so she signed up, taking the six-week training. Shortly, a call came with an assignment: four siblings, age 9-15, needed her help. She finally accepted the assignment.

When she knocked at the door of the siblings, a little girl answered the door, took a look at Renee and loudly announced, “She’s OK. She’s got boots on!” Renee found an aunt with two children taking care of those four children. Renee knew she could take care of the three young ones, but the great challenge of the case was the belligerent 15 year old, resistant to any offer of help. Renee recognized that Nathan was her assignment from the Lord, and she would need His help daily to help Nathan.

She faced challenge and interference from CPS, court, and family. Nathan, having become hopeless, even to the point of attempted suicide, was her greatest test. But God saw that there was always help: from a judge, a friend (who took Nathan in to become part of her family), a church, and Renee, who never gave up on him.

After sharing her story up to Nathan’s 18th birthday, Renee had Nathan come to share his story from that point.

Nathan has since graduated from high school, taken courses in college and is now in acting school. He leads a youth group at church and enjoys doing skits for the children. He works and lives a good life, and is now engaged to a wonderful girl, Jenna, to be married in May. He ended the program singing a favorite song for us.